The last informal lunch between Draghi and Merkel 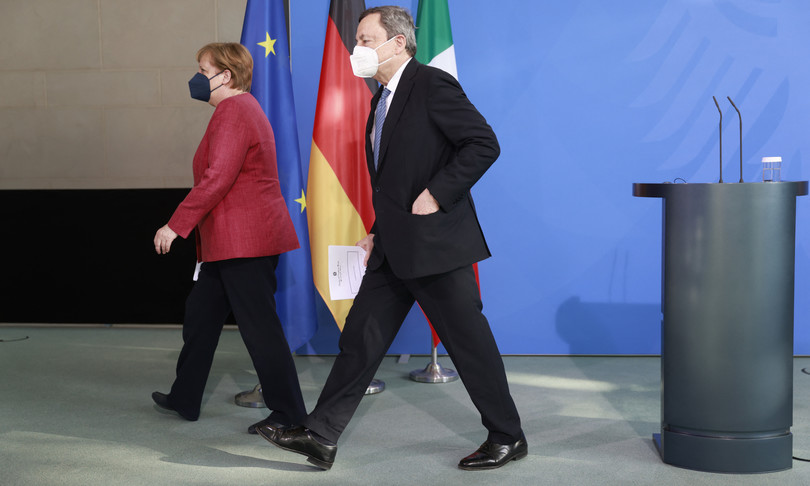 – The relationship between Mario Draghi and Angela Merkel is also ‘measured’ with a detail. After the welcome at Palazzo Chigi, with the honors dedicated to the heads of state and government, the interview in the seat of the government and the press conference, the two leaders – according to what learns – will have lunch in a restaurant in the center of Rome, probably at the Eden hotel.

From the terrace of the hotel the Chancellor will be able to admire the view of the beauties of the capital but the meeting, reserved and far from the cameras, is the figure of the ‘confidence’ between two protagonists of Europe who for years have fought side by side battles.

To underline the joint work carried out during a period in which both had to make difficult decisions, it was the Chancellor herself. He recalled when Draghi was at the helm of the ECB and “took important steps to save the euro”. Now – he added – it has “a completely different role” with a “very inclusive” government. “I am looking forward to this visit,” he stressed.

The axis between Rome and Berlin remains granite, “I think we need an economically strong Italy and Mario Draghi has already taken important steps to achieve this goal”, yet another ‘endorsment’ of the woman who for four mandates led the Germany. There is a commonality of views on the challenges facing the two countries – from Libya to Afghanistan, just to name a few.

Mutual esteem between the two leaders

But in the face to face of Thursday 7 October there is also a private aspect that will not escape photographers and notebooks, as well as the more political one, as it will be experienced as a sort of ‘handover’ for the leadership of Europe . Draghi and Merkel have repeatedly reiterated their mutual esteem and face to face – with the delegations in tow – in addition to addressing the dossiers on the table, on the eve of the European summit on 22 October, with the Chancellor in full office, it will be the ‘seal’ of a long period of attendance, born when Draghi led Bank of Italy and then strengthened during the period in which the current prime minister was at the helm of the ECB.

In short, the one with Merkel for the premier is another tête à tête, after the one we had today in Slovenia with the French president Macron, but more significant as it will be the last ‘official’. Even the tenant of the Elysée preferred an informal setting to meet the Italian premier in Marseille last September. Macron chose the terrace of a luxury hotel in the French city where the two stayed for dinner until late at night.

The agendas of Merkel and Draghi

Lunch between Draghi and Merkel will certainly be shorter. First the Chancellor will go to the Vatican, where she will see the Pope, in the afternoon she will be at the community of Sant’Egidio.

The Prime Minister’s agenda is also busy, who in the morning will see the Armenian president, Sarkissian, then will speak at the 7th Conference of the Presidents of the Parliaments of the G20 countries in the Senate, will chair the control room on the PNRR at 11.00 (the first step is on education but there is already a time schedule set for the other reforms) and in the afternoon at 17 there will be a Council of Ministers that should give the green light to the new rules on discos decided by the CTS. The Chancellor in Italy has spent her holidays numerous times.

Often in the mountains in South Tyrol, but also in places in the South such as Ischia. And her husband, the 72.year.old chemist Joachim Sauer, will soon come to our country to work at the Turin Academy of Sciences as an international member.

The Chancellor’s farewell visit will therefore be an opportunity to talk about current issues, from the pandemic to the economic recovery and the climate. It will be held 5 days from the extraordinary summit (via videoconference) on Afghanistan (today confirmation of France’s support arrived) and twenty days from the event organized by the premier at the Cloud in Rome. Further stages for the leadership of the Italian prime minister in Europe.