The Fed remains patient but anticipates the next rate hike 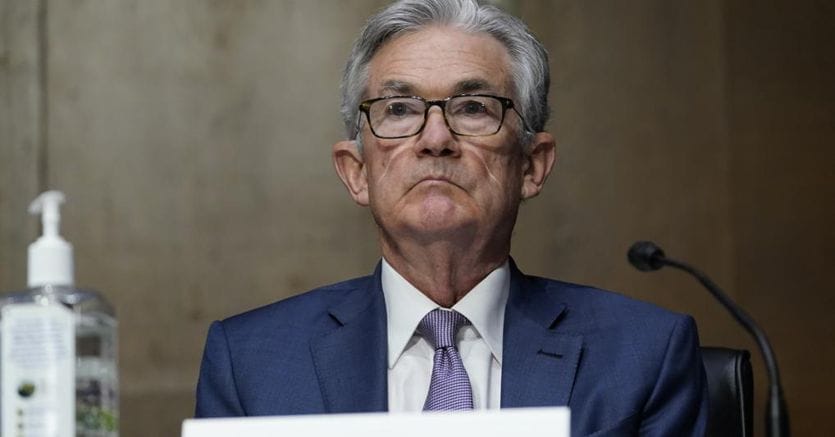 The Federal Reserve remains patient, but the tightening now appears closer. At the moment, interest rates have remained unchanged at 0-0.25%, purchases of securities have been confirmed (80 billion dollars a month of bonds plus 40 billion of asset backed securities) and, more generally, all the orientation of monetary policy. Rises in inflation were again seen as “transitory”, with a decision taken unanimously.

Fed chairman Jerome Powell warned, however, that “if we see signs that inflation trends or long-term inflation expectations move significantly and persistently above levels consistent with our target, we will be ready to change the stance of monetary policy ». At the moment, however, expectations remain anchored, albeit rising, but supply disruptions, Powell warned, “increase the possibility of inflation becoming higher or more persistent than we now expect.”

The Fed’s new concerns are confirmed by the “dots”, the dots with which the governors – individually – indicate their forecasts on interest rates every three months. Today they hint at a closer squeeze than in March. If rates remain steady at the end of the year, indications of a possible rise increase in 2022: the median of the projections remains stable at the current level, but the average rises to 0.25%: three governors have changed their minds and have anticipated the times for a possible first hike, already possible by two other central bankers.

In the meantime, those who imagine two elevations have become two, from one. The picture for 2023 is even clearer: the median – which was still at 0.125%, rises sharply to 0.625% – signaling a progressive and rapid squeeze – while the average rises from 0.40% to 0.7%: in fact, there are thirteen US central bankers, out of 18, who have revised upwards their indications on the official cost of credit.

The Fed urges not to give too much importance to these indications, and indeed the inflation projections have been only slightly revised upwards: 3.4%, from 2.4% in March for this year, 2.1% from 2 % for 2022 and 2.2% from 2.1% for 2023. The Fed therefore does not imagine – as a base scenario – that the tolerance threshold of 2.5% can be exceeded. It is therefore possible that the governors have also prepared their forecasts from a risk management perspective.