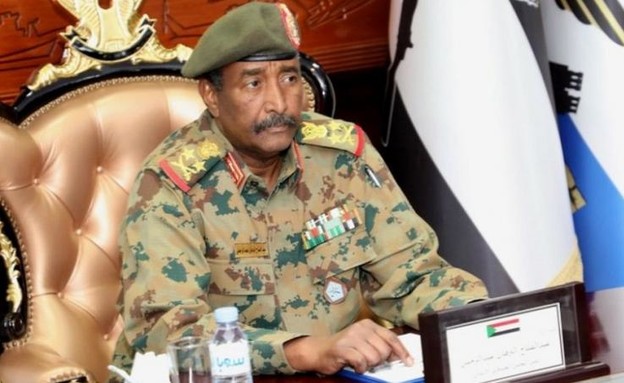 What did a senior Sudanese military delegation do in Israel? Sudanese diplomatic sources said today (Friday) that a military and security delegation from the country recently visited Israel in secret – the Saudi newspaper Al.Sharq reported. The same sources added that the delegation included the director of the defense industry system of Sudan and another senior member of the army of the African country who led the delegation – Abdul Rahim Hamdan Deglo, both with the rank of lieutenant colonel. The circumstances of the visit were not specified.

Last month, the same source reported from Sudanese diplomatic sources that the country plans to sign an agreement to normalize relations with Israel during the month in a ceremony that is expected to take place at the White House. “Consultations are still ongoing to select the people who will attend the signing ceremony,” said those who claimed that alongside Sudanese Prime Minister Abdullah Hamduk, US President Biden is expected to attend.

The move to normalize relations with Sudan is part of the Avraham agreements signed last year between the Netanyahu government, the Trump administration and the governments of the United Arab Emirates and Bahrain. In October 2020, Sudan announced that it was interested in normalizing its relations with Israel, under the auspices of the United States – but that steps to regulate relations on the ground between the two countries were slower compared to the United Arab Emirates and Bahrain.

Sudan, located in Northeast Africa, is currently home to some 43 million people. Its capital is the largest city in the country, Khartoum, and while the official language of the country is Arabic, it is spoken by locals in a unique Arabic.Sudanese dialect. According to the constitution, Sudan is a parliamentary.federal republic – but operates under a kind of temporary emergency government, run by a “council of sovereignty” headed by chairman ‘Abd al.Fatah al.Burhan.

Sudan’s geographical location is particularly problematic. While its northern borders with Egypt, Ethiopia and Eritrea are fairly quiet, from other directions it is surrounded by troubles: Libya crumbling to the northwest; Chad from the southwest; And South Sudan, which separated from it about a decade ago, to the south. Since 2011, Sudan has been in an ongoing military conflict.

The first independent Sudanese government was formed in 1953, after the British left the African colony. Its independence was declared in January 1956, and since then the country has been ruled by a series of unstable parliamentary governments, and military regimes. In the 1990s, Sudan introduced Islamic law into the country, and since then the rift between the Islamic North, where the government sits, and the Christian south has worsened. The rift grew until it led to a civil war.

The wars continue to some extent to this day, and because of them Sudan is divided into two separate states: Sudan and South Sudan. Between 1989 and 2019, the country was ruled by a military dictatorship, headed by Omar al.Bashir. Due to his failed policy, a civil war broke out in the Darfur region in 2003, following which al.Bashir was charged with genocide. Between 100,000 and 400,000 people were killed and starved to death due to the riots. At the end of 2018, in what is considered part of the Arab Spring, demonstrations broke out demanding al.Bashir’s resignation. On April 11, 2019, his rule fell.