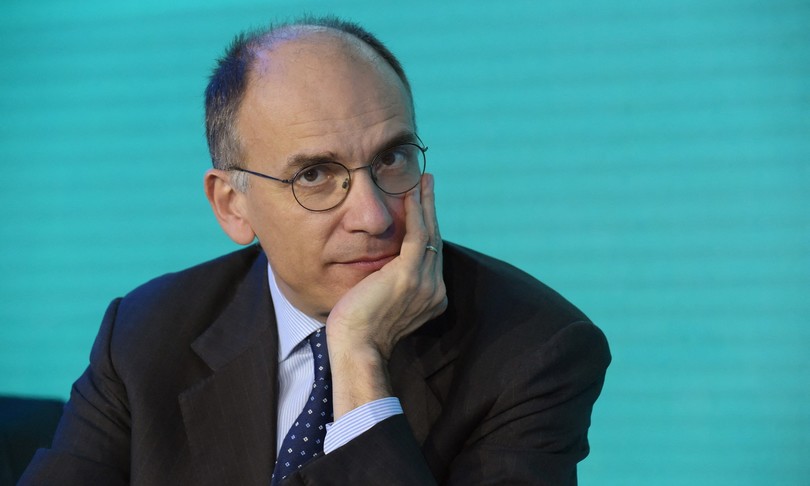 – “I think that the M5s is an excellent ally of the Democratic Party”, says Professor Giorgio Parisi, a Nobel Prize winner thanks to his studies on “complex systems”. Evidently not as complex as those who oversee political alliances in Italy if he himself admits that he does not know how to formulate a theory with respect to what is happening between the Democratic Party, the Five Star Movement and Carlo Calenda.

Don’t think, however, that a laboratory rat with no knowledge of the rules of politics is speaking. Parisi has a long history of progressive militancy and hearing about Ulivo lights up: “I have always been enthusiastic about the Olive tree, since it was done with Prodi”, he explains.

Then he warned: “All the parties have joined the Prodi government, and those who were in the Olive tree outside the parties had two posts of undersecretaries and that’s it. All the experience of the Olive tree of the Prodi committees has been thrown in the bin. So yes to the new Olive Tree, but let’s not make fun of it again. “Words spoken in the Cortile d’Onore of Montecitorio, while Pre.Cop 26, the summit of parliaments on climate, is underway.

Outside, in the party rooms, the alliance laboratory is in full swing. The liberal wing of the center.left who has found a new point of reference in Carlo Calenda presses why Enrico Letta, winner of the last elections and de facto federator of the center.left ‘large field’, cut ties with the 5 Star Movement, which has come out greatly reduced from the seats, to build a liberal democratic front.

The Nuovo Ulivo “is a total invention of the secretary of the Democratic Party”, says Matteo Richetti, Senator of Action very close to Carlo Calenda: “The ‘new olive tree’ does not exist and we are not part of a coalition that also includes Toninelli, Di Maio And with you”.

Enrico Letta glosses over the vetoes placed by Calenda and Richetti and keeps the doors open to all reformist and progressive forces, from Giuseppe Conte to Matteo Renzi and asks his party to join forces to support the candidates who will go to the ballot in ten days, starting with those of the most important cities, such as Turin and Rome. But it is precisely in the capital that the situation is more complicated and, borrowing the words of Professor Parisi on global warming, one could say that “we are entering a terra incognita where there may be unexpected phenomena”.

Calenda says he will vote for the dem candidate, Roberto Gualtieri, but that his chosen ones will not be part of the Capitoline Junta: “We will make constructive opposition”. Virginia Raggi, outgoing mayor of the M5s, remains determined not to give voting indications to the 19.6 percent who still wanted her at Palazzo Senatorio. Between Raggi and Calenda there are 400,000 votes at stake, but above all there is the structure of the center.left between now and 2023, when we will vote for the policies.

It is clear that the attentions of the leaders of M5s, Italia Viva, the Democratic Party and, now, Action are all for Rome. The president of the M5s, for example, reiterates that “the policies pursued by the political forces of the right are not compatible, we consider them inadequate, we must discuss the merits. It is not only a prejudicial position, it is a question of merit”. Giuseppe Conte says so, while his mayor meets the center.right candidate, Enrico Michetti, in the Capitol.

The relationship with the Democratic Party is already ‘run in’, for Conte, derives from the experience of the previous government, but the alliances for the policies are something else. Also because the 5 Star Movement continues to be boiling and the victory of Naples, with the single candidate of the center.left Gaetano Manfredi, is not enough to calm the climate.

The former premier chooses his words well, therefore, when he says that there is still work to be done on the alliances for the next policies, nothing is taken for granted: “As for the possibility of working together in territorial competitions or even in perspective, at national ones, they are political paths that need to be built to understand which programs, which objectives the political forces who want to work together find themselves on. This is how politics works for us “. Words that sound like a response to those who speak of an m5s ready to hand and feet over to a Democratic Party invigorated by the electoral victory.