After being suspected of bribery: Austrian Chancellor Kurtz resigns 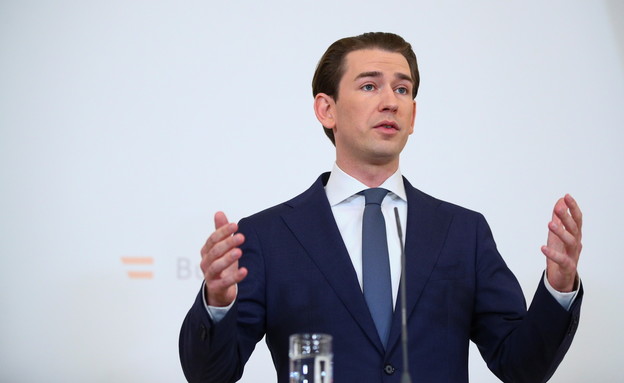 Austrian Chancellor Sebastian Kurz announced tonight (Saturday) that he intends to resign and has proposed that Foreign Minister Alexander Schlenberg take his place as Chancellor. Kurtz’s announcement comes after he was questioned this week on suspicion of bribery and breach of trust. According to the suspicion, the country’s Ministry of Finance purchased advertisements in the media – in exchange for positive coverage of Kurtz’s party.

“We need stability now,” Kurtz said at the news conference. “We must prevent chaos and ensure continued stability in the country.” However, the resigning chancellor insisted once again that the allegations against him were “false, and I can make that clear. I am deeply convinced of that.”

The Green Party in Austria, which sits in the coalition, has questioned Kurtz’s ability to remain in the chancellor’s office due to the offenses for which he is charged. Kurtz, who is considered to have had particularly warm ties with Israel and opposition leader Benjamin Netanyahu, made it clear that he intends to remain the leader of his conservative “People’s Party” in parliament.

Earlier this week, Austrian prosecutors said the chancellor as well as nine other suspects were being investigated for bribery after investigators carried out raids on party offices. The Green Party demanded that Kurtz and his party appoint an “independent person” to replace him.

In 2019, Chancellor Kurtz was removed from office in a no.confidence vote held in the Austrian parliament in the shadow of another corruption scandal. During the vote, Kurtz’s deputy, Christian Stracha, resigned from the Austrian Freedom Party. The deputy was documented offering a bribe to the niece of a Russian oligarch. Following the affair, Peter Kurtz the ministers from the Freedom Party and they supported the vote to oust him along with the opposition. Kurtz then formed a government after winning the September elections that year.