Ecuador launches a macro.operation with 1,500 troops on a Guayaquil jail after an attempted mutiny 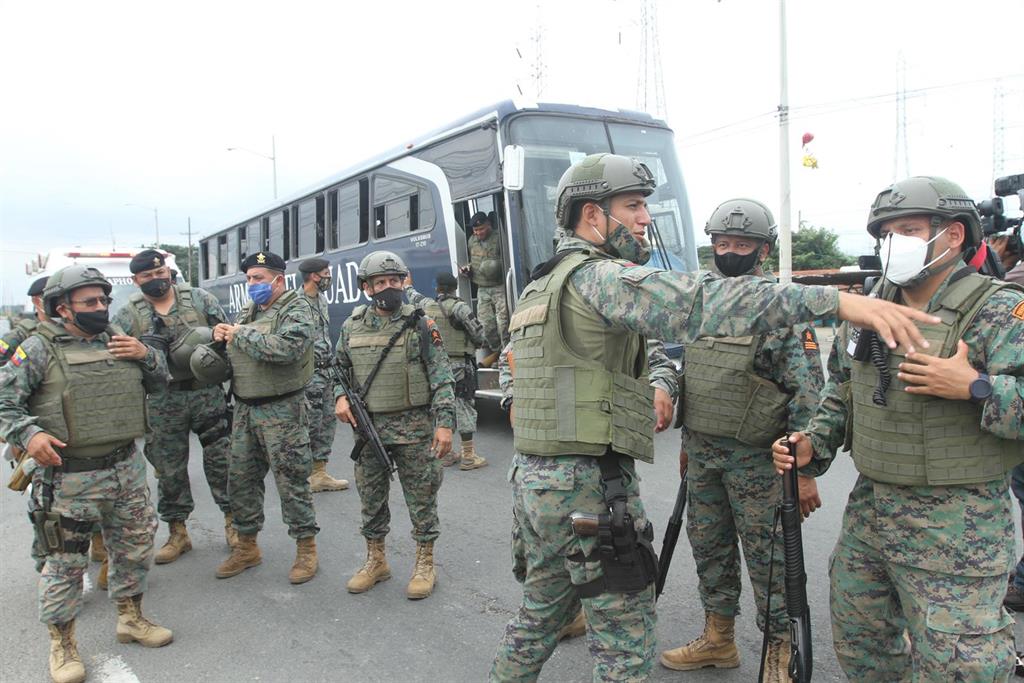 The general commander of the Ecuadorian Police, Tannya Varela, reported this Wednesday of a macro.operation in a penitentiary in Guayaquil, in the west of the country, in which around 1,520 police officers participated, after the weekend was registered clashes between rival gangs, which left a fortnight wounded and two prisoners killed.

Varela explained that due to the events that occurred over the weekend, the National Police has made the decision to carry out this operation, in which, for the first time, he has stressed, it will intervene in the twelve pavilions that make up the prison to locate “prohibited objects”, but above all “firearms”.

In turn, he has advanced that the operation will take place throughout the day and it is not ruled out that it will spread to other prisons, although, he has specified, that “the decision” of the country’s president, Guillermo Lasso, has been to “generate the presence of the State in this particular penitentiary due to the “violent events” that occurred over the weekend.

“These alerts mean having the priority that attention requires to intervene in these penitentiary centers, which generate events that are binding on the criminal violence that we have in the streets,” explained Varela.

Through social networks, the Ecuadorian Police has published several videos in which it can be seen how several weapons have been found, such as knives and even a large.caliber rifle, welding equipment, “which would presumably be used to make artisanal weapons. “, and surveillance posts have been” dismantled “to warn of the presence of the authorities.

The operation, which also has members of the Armed Forces guarding the vicinity of the penitentiary, plans to also extend to the adjoining women’s prison, where some 800 inmates are being held, reports the Ecuadorian newspaper ‘El Comercio’.

Last Sunday, the National Service for Comprehensive Care for Adults Deprived of Liberty (SNAI) reported that fifteen prisoners were injured and two others died in the Litoral Penitentiary, where some 10,000 people are being held, after a confrontation. between rival gangs and a failed escape attempt.