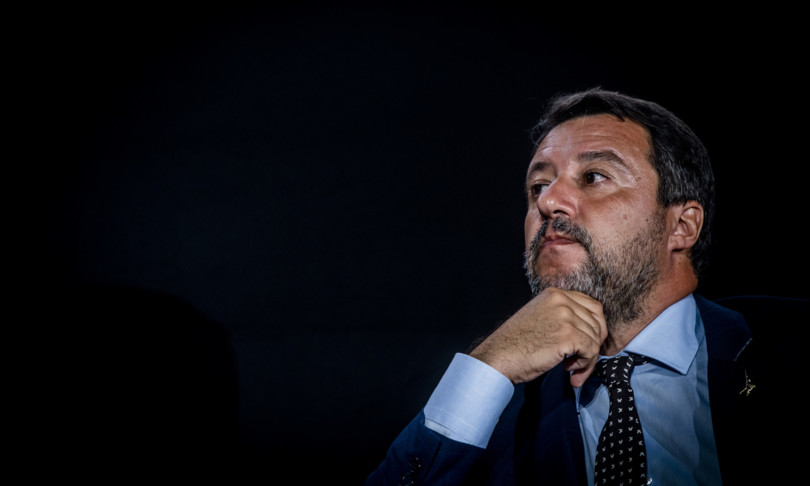 – “Immediate action to avoid chaos”. A few days after the entry into force, Friday 15 October, of the obligation of the green certificate in all workplaces, the leader of the League, Matteo Salvini, returns to ask for urgent intervention by the Government to avoid situations of particular chaos.

Even the Regions, which could deal with the matter during a meeting next Wednesday, say they are worried, starting with the president of the Conference, the Northern League’s Massimiliano Fedriga. But from two other parties of the majority, Pd and FI, the sortie of the Carroccio is criticized, and the invitation is not to trigger a new controversy.

“Extending the minimum duration of the Green Pass from 48 to 72 hours is possible – writes Salvini on Twitter – indeed a duty and foreseen by Europe. Avoiding chaos, blockades and layoffs on October 15th is essential. “

Extending the minimum duration of the Green Pass from 48 to 72 hours is possible, indeed a duty and foreseen by Europe.
Avoiding chaos, lockdowns and layoffs on October 15 is key.

In an interview with the newspaper ‘La Stampa’ Fedriga shares the concern about the critical issues related to too many swabs to be performed, for unvaccinated workers, and the checks to be carried out, so much so that he states: “Criticality that I also reported in the last meeting with the government, we cannot penalize companies in this fundamental phase of recovery ”.

And on the proposal of a specific decree, to authorize companies to self.administer rapid nasal tests, he states: “It is certainly a useful proposal to evaluate, after all they are tests that can already be purchased in pharmacies. If you choose to go down this path, however, you have to hurry, because October 15th has arrived and companies cannot organize themselves overnight. And in many cases, think for example of the drivers of local public transport, they cannot afford to leave workers at home, because they do not know how to replace them ”, concludes Fedriga.

“We will not be able to offer everyone who is not vaccinated a swab every 48 hours” and “the entrepreneurs I speak to are very worried”, underlines the governor of Veneto, Luca Zaia, who is rather on the alert for the introduction of the Green pass in the world of work. In an interview with “la Repubblica” he explains that “thanks to vaccination the economy flies. The growth is double.digit. We had a better summer than the one before Covid. Companies are bursting with health, they cannot find personnel ”.

He then suggests that the government “face the problem head.on, and leave the office of complications of simple affairs. That is, to allow do.it.yourself tests in companies, with the surveillance of companies ”so“ nasal swabs are certified and spread all over the world.

In this case, the checks would be carried out directly in the company “. Then Zaia replies to those who accuse him of defending the No vax, which in Veneto would be 590,000 in the age group between 18 and 69: “It is not a question of contesting the Green Pass, but of looking reality in the face: a large part of these 590,000 will probably never get vaccinated, and besides, there is a quota of skeptics in all countries for any vaccination ”.

And Zaia concludes: “the distinction is between pretending to control or not controlling at all. An entrepreneur told me that one of his employees planned all tampons within a month, and another failed to do so. This second worker risks not being able to go to work, not through his fault, but due to the production impossibility to test him ”.

“The Green pass – underlines instead the president of the senators of Forza Italia, Anna Maria Bernini – proved to be the key to getting out of the pandemic, and the enlargement from 15 October to the workplace was consequently decided to encourage vaccinations and reach herd immunity as soon as possible. Those who have not yet done so, and unfortunately there are millions in the working age group, now risk creating chaos in companies due to the abnormal number of tampons necessary that neither the state nor companies will have to pay, except to deny the very rationale of the provision.

Entrepreneurs rightly fear seeing the productivity of companies reduced, trade unions the clash between vaccinated workers and no vax. The opportunity to introduce the vaccination obligation must be considered very seriously by the government, because there is no risk of compromising public health on the one hand and economic recovery on the other. We have always considered it an extreme measure, which must now be taken seriously ”.

“It seemed an outdated controversy, but here we go again – highlights from the Democratic Party the deputy Francesco Boccia, head of local authorities of the national secretariat of the party – the Lega returns to ride the no to the green pass for those who work in the company, when companies were the first to want it. Being vaccinated protects everyone, themselves and those around us. The green pass for vaccinated people has served and serves to protect those who have always followed the rules and those who believe in science.

The right returns to argue about the green pass for those who have not been vaccinated, asking for time extensions. Let them say once and for all to those who have not been vaccinated to do so instead of fomenting other useless controversies. There are still a few million Italians to be convinced because they are not vaccinated and skeptical, skepticism – concludes Boccia – which continues to be irresponsibly fueled by the League itself and by the other right.wing parties “.