Iraqis voted to elect government in search of change 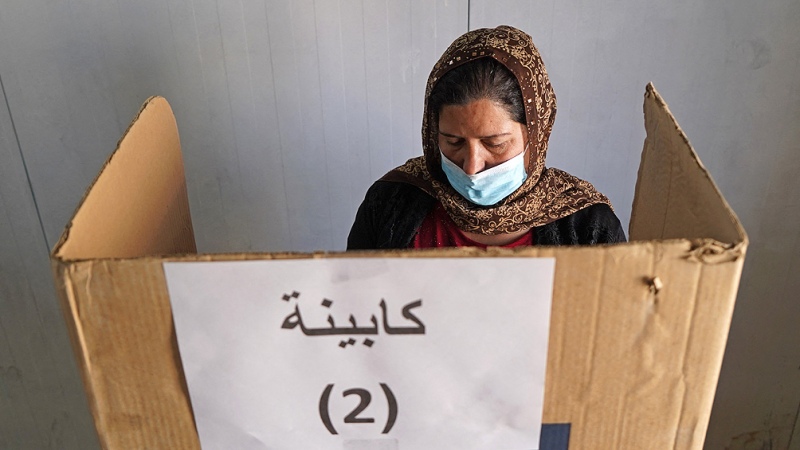 Iraqis voted to elect a new government in the hope that, despite widespread skepticism, the elections will lead to reform and change after decades of conflict and corruption.

Tables closed after eleven hours of voting which was originally called for next year, but was advanced in response to a wave of popular protests that rocked Baghdad and southern provinces of the country in 2019.

Tens of thousands of people then took to the streets to protest corruption, poor services and rising unemployment, and more than 600 protesters were killed and thousands injured as a result of harsh repression.

Later, dozens of activists suffered kidnappings, assassinations or assassination attempts later, attributed to armed factions, which helped to further discourage voters in the elections this Sunday.

The elections were marred by the boycott of many of the young activists who were behind the protests of two years ago, as well as by media reports of few people in the voting centers.

The results are expected within the next 48 hours, according to the Electoral Commission.

Once the results are known, the parties are expected to begin negotiations, which could last for months, to elect a prime minister in charge of forming a government.

“They have made us many promises but they gave us nothing””

Some 25 million Iraqis were called to elect the 329 deputies of Parliament among 3,240 candidates with a new single.member constituency electoral system that, theoretically, should promote independent candidates.

Experts predict record abstention in this oil.rich country of 40 million people, weighed down by decades of conflict and violence.

In a voting office set up in a school in central Baghdad, few voters were present.

One was Jimand Khalil, a 37.year.old housewife, who wants a change and a relief from the “current managers who are incompetent.”

“They have made us many promises but they gave us nothing,” the woman told the AFP news agency.

Prime Minister Mustafa al Khadimi voted in an ultra.secure office in Baghdad early in the morning.

“It is an opportunity for change,” he said, calling on hesitant Iraqis “to go out and vote and change reality.”

Soon after, Shiite cleric Moqtada al Sadr, whose list is considered a favorite, cast his vote in his stronghold in the Shiite holy city of Najaf, south of Baghdad.

Tens of thousands of policemen and soldiers were deployed since yesterday in the streets of Baghdad to guarantee security, and dozens of international observers sent by the UN and the European Union supervised the vote.

“On the day of the vote, Iraqis must have the confidence to vote as they want, in an environment free from all pressure, intimidation and threats.””

The voting centers had a strong security device, with two inspections at the entrance. Also, the airports closed last night and won’t open until tomorrow.

The traditional blocs of Iraqi politics should maintain their representation in a fragmented parliament with no clear majorities that force the parties to negotiate alliances to form a government.

As all or almost all formations have their own armed factions, There is also concern about the possibility of fraud and post.election violence.

“On the day of the vote, Iraqis must have the confidence to vote as they want, in an environment free from all pressure, intimidation and threats,” the UN mission in Iraq said last week.

The victory points to the movement of Al Sadr, the former head of an anti.US Shiite militia who already had the largest bench in the outgoing Parliament.

But it must come to terms with its great Shiite rivals, the pro.Iranian armed factions of Hashd al Shaabi, which entered Parliament in 2018 after participating in the victory against the IS jihadists.

In a scenario polarized by issues such as the influence of the United States or Iran, the parties will enter into lengthy negotiations to agree on a new prime minister, a position usually held by a Shiite Muslim.