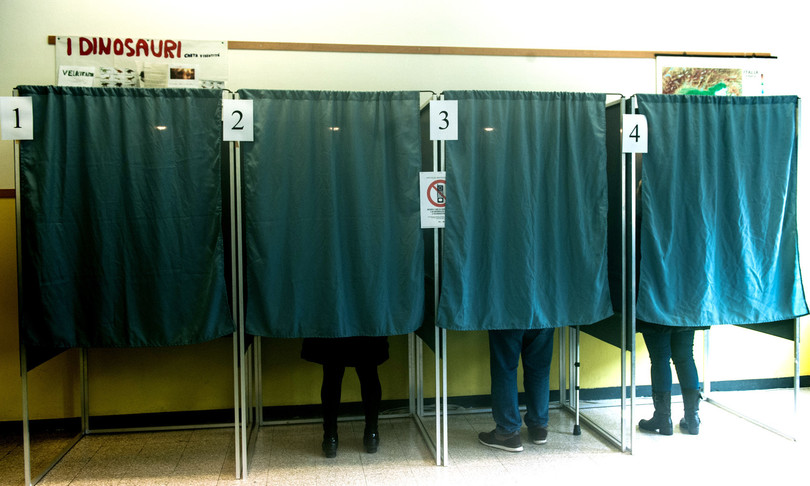 Sardinia and Sicily to vote for the municipalities even today, a week after the administrative meetings that were held in the rest of Italy, the citizens of the two autonomous regions are called to the polls.

In Sardinia 98 municipalities are involved, out of a total of 377. The polls will be open on Sunday from 7 to 23 and the following day from 7 to 15. There are three centers with over 15 thousand residents. Two could be the turn of ballot October 24 and 25: Carbonia (South Sardinia), with 26,472 inhabitants, and Capoterra (Metropolitan city of Cagliari), with 22,435.

In Olbia (Sassari), with 60,491 inhabitants, only two candidates compete: the outgoing mayor of the center.right, Seventh Nizzi, (FI) e Augusto Navone, supported by a civic coalition, so the result will already be known in the first round. Only 27 of the 98 municipalities in the vote exceed 3,000 inhabitants.

84% of the candidates for the office of mayor are men, while women are 16%.

Depopulation and shortage of candidates

The number of Sardinian municipalities called to elect mayor and municipal council was initially equal to 102, but four were not presented lists: Gonnoscodina, Seneghe and Zerfaliu, in Oristano, e They arise, in the Nuorese area. The latter, as well as Seneghe, were police stations and will remain so.

Threatened by a persistent depopulation phenomenon, the small towns of Sardinia found themselves facing a new emergency: that of the lack of mayors and administrators. In 35, only one list was presented.

In particular, in the Oristano area, the three municipalities without lists are added to the 9 in which the aspiring mayors will have to challenge the quorum, because their list was the only one presented and there are no competitors: they will be able to count on the new provision that lowers the quorum, from 50% to 40%, but it will not be easy.

Depopulation is not enough to explain the absence of candidates: the outgoing local administrators call into question the excessive responsibility, in the face of very low fees and the need to stipulate expensive insurance policies, and sometimes the acts of intimidation that some of them have suffered during their mandate.

In the 14 Municipalities with more than 5,000 inhabitants called to vote – Olbia, Carbonia, Capoterra, Sarroch, Elmas, Serramanna, Domusnovas, San Giovanni Suergiu, Villacidro, Orosei, Siniscola, Dorgali, Sennori and Gonnesa – it will be possible to express a double gender preference, provided that the preselected candidates are on the same list. The regional commission for equal opportunities in recent days has encouraged voters to make use of this tool which it considers “decisive for increasing the participation of women in political and institutional life”.

Voting takes place in 42 Sicilian municipalities. The most important challenges in the Catanese is in the Ragusano, a Victory.

In the latter municipality, disbanded for mafia in 2018, the four.man race may not end in the first round. Voting starts again after a “record” commissioner management, over three years. There are 312 candidates for the city council.

It is a desired vote for years, e delayed for various vicissitudes – including the pandemic – four times; October 2020, November 2020, March 2021 and May 2021: a succession of postponements.

There are four candidates for the office of statutory auditor: Francesco Aiello, supported by four lists (Pd; Cento passi, Aiello mayor and Psi.Vittoria in Action; Salvatore Di Falco with three lists (Vittoria Unita, Di Falco mayor and In Movimento); Piero Gurrieri with three lists (Movimento 5 stelle 2050, Città Libera and In the heart Vittoria in the eyes of the future) e Salvatore Sallemi with three lists (Lega Salvini Sicilia, It will become beautiful and Giorgia Meloni for Sallemi mayor.Fratelli d’Italia). Among the candidates only one, Di Falco declared himself a possibility for possible similarities, excluded instead from the other candidates.

Four candidates for mayor also a Grammichele, in the Catania area, with four lists bearing their name. The symbols of traditional parties disappear. There are in contention Antonio Iossa, Pippo Greco, Davide Malaspina and the outgoing Giuseppe Purpora. Of the four lists in support of the mayor, 64 councilors will attempt to climb the municipal council: 38 men and 26 women.

A Ramacca the candidates for mayor are five. He is reapplying Pippo Limoli at the head of the ‘Ramacca per amore’ list. They compete Giuseppe Lanzafame, former chairman of the board in the previous Limoli syndicate, at the head of the “It’s time to change” list. Then there are: Nunzio Vitale candidate and representative of the “Ramacca let’s build a good story” list; the businessman Salvatore Ambelice at the head of the “Nuova Ramacca e Libertinia” list and last Teresa Corallo exponent of the M5S comes with the list “Ramacca in Movimento”.

Five candidates for mayor also a Adrano: two outgoing councilors, a former mayor, a former councilor and a retired police officer, supported by 15 lists. Adrano returns to the polls two years early: the outgoing mayor last March Angelo D’Agate he had been disheartened. Wider coalition for Carmelo Pellegriti 44 years old with a past as a municipal councilor three times and one as a provincial councilor. This is supported by: UDC, Brothers of Italy, the civic ‘Quadrifoglio’. Let’s put our hearts into it ‘and’ Living in color ‘.

The former also returns to the field Fabio Mancuso, 57 years old, two times first citizen of Adrano, and three times regional deputy. Three lists in support of it: the civic ‘Reborn Adrano’ and Adraniti semper ‘and the’ movement for Adrano ‘. Candidate for the center left will be Vincenzo Calambrogio, supported by the Giallorossi Pd and M5S alliance and the ‘Adrano common good’ list, this list made up of candidates ‘one hundred steps for Sicily’ and ‘Adrano dynamic’.

The youngest candidate for mayor is Agatino Perni 32 years old, but with a well.established experience behind him for having done the municipal conisgliere twice. At his side three civic lists: ‘Collective challenge’, ‘Adrano protagonist’ and ‘Adrano are us’. Last candidate for mayor, the retired lieutenant colonel Gaetano Birtolo, 65 years old. His is a first experience in politics with only one list in his favor: ‘Salvare Adrano’.

In the end, Caltagirone. First elective round with an uncertain outcome and therefore probable ballot round. The municipality has been led until today by Gino Ioppolo, coordinator of the movement headed by the President of the Region Nello Musumeci, “It will become beautiful”. In the center.left he stands out in the name of candidate for first citizen Fabio Roccuzzo, with a past in politics, he was vice president of the provincial council at the head of a coalition made up of Pd, M5s, and the civic lists ‘Cives’, ‘Bene comune’, ‘Cittadini Volentoerosi’ and Futura. Unit found in the center.right that deploys in the field Sergio Gruttadauria: to support it Forza Italia Moderati for Gruttadauria, Christian Democracy, It will Become Beautiful, Caltagirone tomorrow and Caltagirone in the center, the ‘Quadrifoglio’ and Fratelli d’Italia. To the two camps led by the traditional parties supported by civic lists, there are two civic projects, ‘Caltagirone always and forever’ led by Robero Gravina and the citizen movement ‘Zia Peppina’ led by Giuseppina Aliotta.