Putin, Macron and Merkel discussed the conflict in Ukraine 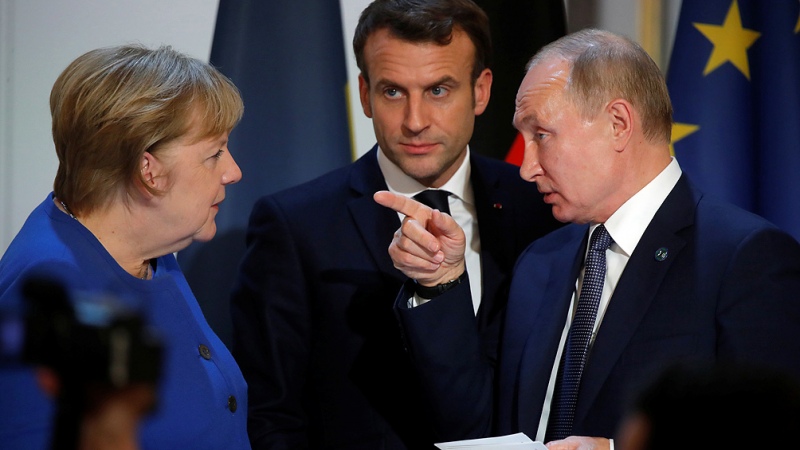 The presidents of Russia, Vladmir Putin; and France, Emmanuel Macron; and the Chancellor of Germany, Angela Merkel; they spoke on Monday by telephone about the lack of progress in the search for a solution to the conflict in Ukraine, the Russian government reported.

“The worrying situation related to the lack of progress in the resolution of the conflict in Ukraine was thoroughly examined”, reported the statement released by the Kremlin press office, according to the Sputnik news agency.

Putin claimed that Kiev continues to evade so much its obligations under the Minsk accords as the commitments made during the summits of the Norman Quartet, which include Russia, Germany, France and Ukraine, including the December 2019 meeting in Paris.

The Norman Quartet is a diplomatic group made up of representatives of the four countries and has the objective of solving the war in eastern Ukraine.

Putin, Merkel and Macron agreed on the importance of implementing existing commitments and they commissioned their political advisers and diplomatic entities to intensify quadripartite contacts.

They also agreed that their Foreign ministries focus on holding a meeting in Norman format at the ministerial level, while studying the premises for an eventual summit between the presidents.

Since April 2014, Ukraine has carried out an operation against the militias in Donbass where the Donetsk and Luhansk people’s republics were proclaimed., in response to the violent change of government that occurred in February of the same year.

The Minsk agreements, signed in September 2014 and February 2015, laid the foundations for a political solution to the conflict, but have so far not led to the cessation of violence.

The Norman Quartet and the Trilateral Contact Group (Russia, Ukraine and the OSCE) are the main consultation platforms seeking to resolve the conflict between the Ukrainian government and the militias.

During the conversation, the three leaders also discussed various international issues, including the fight against terrorism in Africa.