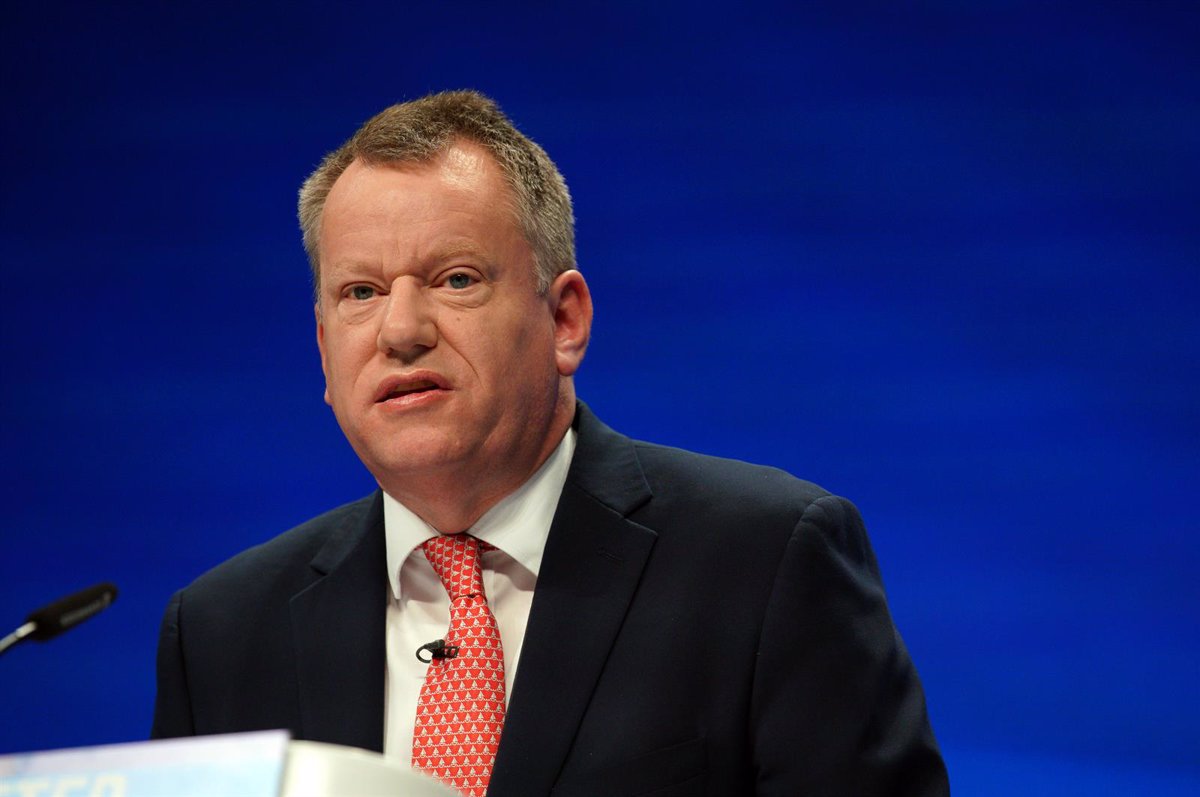 The pulse coincides with the first round of EU.UK negotiations on Gibraltar

The British Government has demanded this Tuesday from the European Union a “new” protocol for the two Irelands to replace the one agreed less than a year ago because, it maintains, “it does not work” and was drafted “in a hurry”, in what it represents a new challenge to Brussels, which on Wednesday will present a proposal to simplify the current one in an attempt to convince London to comply with the agreement.

“What does it cost the EU to implement a new protocol? In our opinion, very little”, defended the British minister for Brexit, David Frost, in a speech delivered in Lisbon during which he announced the sending of a “new legal text” to EU partners with substantial regime changes for Ulster.

The United Kingdom refuses to comply with the safeguards provided in the Brexit agreement as it affects the control of goods from Great Britain to Northern Ireland, despite the fact that it was a condition agreed with the EU to avoid having to reintroduce a visible border between Ireland and Northern Ireland that could damage the Good Friday Peace Accords.

The Community Executive, for its part, which initiated a disciplinary proceedings against the British Government for this breach, had announced for Wednesday a proposal with “creative and solid” solutions that would help the Northern Irish to comply with the requirements of the protocol.

The vice.president of the Commission responsible for relations with the United Kingdom, Maros Sefcovic, made it clear in a speech last week that the EU will in no case agree to renegotiate the existing protocol, but that there is a will to find “pragmatic” solutions that unblock the situation.

Among the keys he pointed out after visiting the region, Sefcovic said he was aware of the need to streamline the procedures for trade between east and west, to simplify some phytosanitary measures and to correct the problems of supply of medicines from Great Britain to Ireland of the North, as well as issues that affect customs controls.

But London has anticipated the detailed presentation of the proposal and has warned that the protocol in its current form “does not work”, it is the “main source of mistrust” between Europeans and British and therefore “must change”.

Frost, who has suggested that the EU’s insistence on not renegotiating the safeguards is to show that Brexit has been detrimental, has further stressed that Northern Ireland “is not EU territory”, but that it is the British responsibility to preserve the peace. and prosperity in the territory, “which could imply using Article 16 if necessary.”

In this way, the British Government once again threatens the 27 with making use of the article provided in the Treaty negotiated between the EU and the United Kingdom to suspend the provisions of the framework agreement of the mutual relationship.

Although the British minister has not given all the details of the document sent to Brussels, he has pointed out some elements that it contains and that for the European Union are unacceptable output, for example creating a dispute resolution mechanism that leaves out the Court of Justice of the European Union.

THE PULSE COINCIDES WITH THE FIRST ROUND ON GIBRALTAR

The last British pulse has coincided in time with the closing of the first round of negotiations that the EU and the United Kingdom have held to seek an agreement on the framework of relations that the Europeans will establish with Gibraltar, a territory to which the provisions do not apply. of the post Brexit agreement.

It was a first contact “at a technical level” between the negotiating teams with a view to reaching an agreement before the end of the year, for which at least three other rounds have been planned (two in November and one in December).

The parties trust in a negotiation without great tensions because Madrid and London already laid the foundations of the future framework in an interim pact last New Year’s Eve to avoid post.Brexit chaos, although sensitive issues remain to be defined, such as the role of the European agency for border control (Frontex) in the control of passengers and goods at the airport and port of Gibraltar.

The European Union welcomes the willingness of Spain and the United Kingdom to drop the Gate to facilitate land passage without physical barriers, but is concerned about the controls at the airport and port and the surveillance of the adjacent waters because the Rock will remain outside the Schengen area and the Common Customs Union.

For its part, Gibraltar has been “satisfied” with the progress made in this first round of talks. “Although the parties have presented their respective and sometimes opposing views on the best way to implement the agreement, the relevant exchanges have been carried out in a mutually constructive and positive spirit,” the authorities said in a statement.

“We are looking forward to continuing this process in future rounds of talks in the coming weeks,” they highlighted.

The initial proposal of the European Commission that the Spanish authorities assume that control irritated the United Kingdom, which warned that it would not accept to negotiate on that basis because it would undermine its sovereignty.

After negotiations between the capitals of the Twenty.seven, the mandate introduced some changes such as the express reference of the “interest” shown by Spain to request Frontex assistance for a period of four years to carry out these control tasks, with the aim of satisfying the British part.

In addition, the tension between the United Kingdom and the EU due to the systematic non.compliance of the British with the Irish protocol and the resistance of London to grant France all the fishing licenses agreed for its fleet in the post.Brexit agreement have rarefied contacts, despite that both parties insist that they are parallel processes.