Europe returns to routine: U.S. tourists will not demand isolation 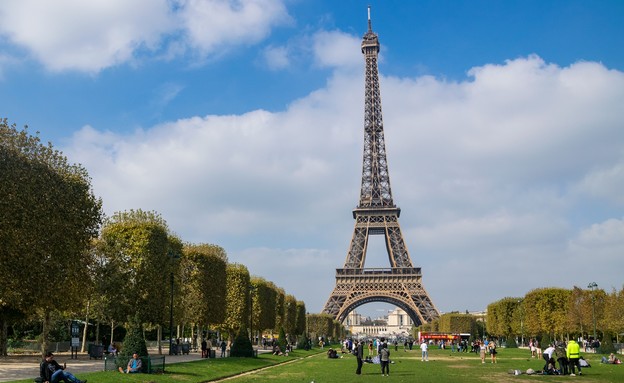 Continue to return to routine: The EU announced today (Wednesday) a further easing of corona restrictions across the continent, and now the US is also expected to join the EU’s green list. As a result, American travelers and tourists will be able to enter and visit EU countries without the need for isolation.

The ambassadors of the various countries of the European Union announced the decision at a special conference held this morning. In addition to U.S. citizens now allowed to enter the EU, Albania, Lebanon, Northern Macedonia, Serbia, Taiwan, Hong Kong and Macau will also join the EU Green List.

As early as last May, EU countries decided to start allowing vaccinated passengers from different countries to enter the bloc. Among the countries that are already on the list of green countries are, of course, Israel, as well as Japan, Australia, New Zealand, Rwanda, Singapore, South Korea and Thailand.

Since President Joe Biden took office last January, there has been a significant jump in the proportion of vaccinated Americans to Corona – largely due to the great effort he has chosen to invest in the population vaccination project. Although last week the U.S. crossed the 600,000 death toll from Corona since the plague broke out, today nearly 45 percent of the U.S. population has been vaccinated in two doses.

With considerable success in dealing with the plague and in the run.up to summer vacation, many European countries are working to quickly open up and restore local tourism industries to order, at least as much as possible and in accordance with existing restrictions. For example, Italy prepares for the arrival of many tourists during the summer months, when all areas are defined as low.risk. In addition, many of the cafes, bars, restaurants and hotels are already open and fully operational.

While in Italy the wearing of masks is defined as a recommendation only, in France there is still an obligation to wear full masks both indoors and outdoors. At the same time, the night curfew has recently been lifted in various parts of the country, and cafes and other places of entertainment are returning to the familiar work routine. In Spain, all restrictions have not yet been lifted, and places of entertainment are allowed to accommodate up to about 50% of the maximum occupancy. In contrast, in Germany where the places of entertainment operate fully, in accordance with the guidelines that vary between the countries of the province in it.