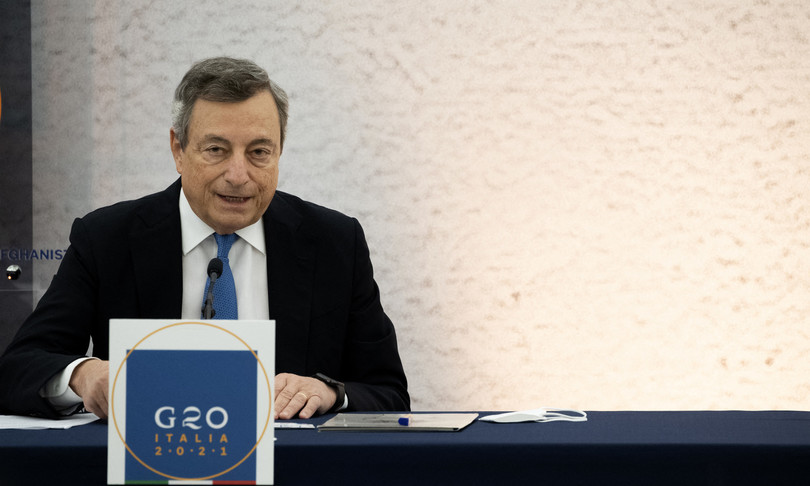 The goal is to ease the tension, to prevent new accidents from breaking out, for a climate of ’68 to return to the country. The clash in Parliament remains, Pd M5s, Iv and Leu ask the center right not to slip off, to converge on the motions presented on the dissolution of Forza Nuova and which will be discussed on October 20. But at the same time the appeal from the institutional top is not to blow the fire, also because after the images of the demonstrators who attack the headquarters of the CGIL, Italy has ended up in the international spotlight.

And therefore only the next week we will discuss both in the House and in the Senate the consequences of street violence, with the fear that on Saturday the anti.fascist demonstration could turn into a new battleground, moreover the day before the ballots. Then on October 19 there will be an urgent report from the Minister of the Interior, Luciana Lamorgese.

Prime Minister Mario Draghi yesterday firmly condemned the assault on the CGIL, would prefer not to return to the subject, to a question posed by a reporter at the end of the G20 on Afghanistan he shows himself cautious, takes time, he merely points out that the government is reflecting. “The question is to the attention of us and of the magistrates that investigations are continuing to formalize the conclusions ”, he begins.

The work of the judges could be the impetus for an intervention but the prime minister is willing to wait. The road of the decree even before a sentence arrives should therefore be excluded.

But even the parties of the majority have tried to tone down. However, the controversy remains. “The Italian law says that the jurisdiction over the dissolution of subversive organizations or organizations contrary to the law is the Ministry of the Interior with or without the judiciary. If there are tools to dissolve it, which dissolve it ”, says Meloni. “What happened on Saturday – he argues – is functional to the left”. To then return to the distinctions expressed in recent days. “In Rome it was Forza Nuova, of course, it’s a fascist matrix, in Milan they were anarchists, an anti.fascist matrix, is violence always violence or should it only be condemned on one side?”.

“The truth is that they are afraid of having to vote a motion against all violence, or worse, against all totalitarianism “, La Russa relaunches.” And enough, still talking about fascism “, exclaims the secretary of the League, Salvini.” It is curious to be given lessons in freedom and democracy by those who believe that thousands of Italians massacred by the Slavs and the Titini are an accident of the journey that does not deserve a memory like others “, he cuts short from Trieste.

“The Scelba law speaks clearly of movements that have a name: fascist and non.subversive”, Says dem Fiano in the Chamber. “The Republican Constitution is very clear. Faced with the resurgence of violence and intolerance of a neo.fascist matrix, it is necessary to proceed with firmness”, is the opinion of the group leader M5s Licheri.

In the Democratic Party there are those who, like Senator Marcucci, would have expected acceleration and not braking: “I would have preferred the immediate scheduling of the motion on the dissolution of Forza Nuova and not another postponement”, he points out.

Spotlights of the Copasir on the demonstrations of yesterday. While the judicial investigation continues – another 4 Forza Nuova suspects, interrogations in Fiore and Castellino are scheduled for Thursday – the Parliamentary Security Committee of the Republic has heard the Director of the National Cybersecurity Agency, Baldoni.

One thought on “Draghi takes time on Forza Nuova: “Let’s reflect on the dissolution””