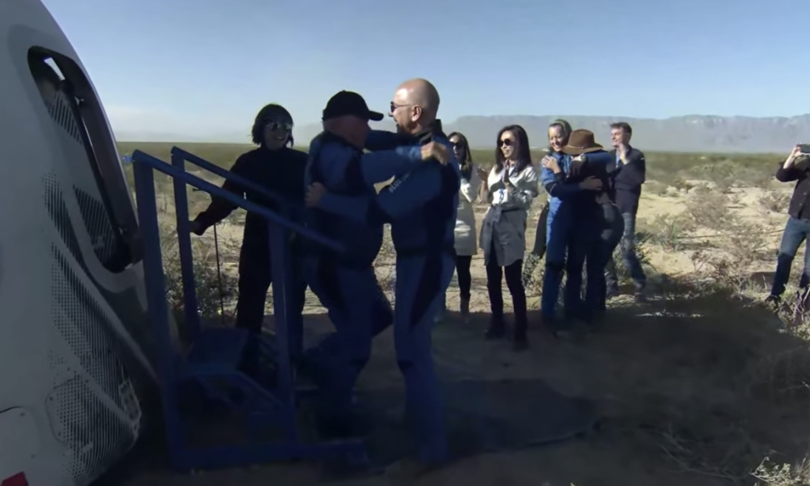 – William Shatner: the famous ‘captain Kirk’ in the Star Trek saga, he became the oldest man to fly into space.

The man is one of the components aboard the Blue Origin spacecraft for the company’s second flight by billionaire Jeff Bezos. Joining the 90.year.old actor are Chris Boshuizen, a former NASA engineer and co.founder of Planet Labs, Glen de Vries, co.founder of the Medidata Solutions platform, and Audrey Powers, the company’s vice president of flight operations.

The spacecraft was launched from the company’s Texas base over the Karman Line – 100 kilometers, just beyond Earth’s atmosphere – and landed again in the American desert. Overall the flight lasted 11 minutes.

The welcome of Bezos

The billionaire personally welcomed the Blue Origin spacecraft that landed after 11 minutes in space in the Texas desert. Turning around the craft, Bezos gave big smiles to the “astronauts” still inside the capsule. Then he raised his thumbs up, as a sign of victory and, finally, after the opening, he hugged the crew members giving them “welcome to Earth”

“I’m so full of emotion for what just happened. It’s extraordinary, really extraordinary. I hope I can keep what I feel now. I don’t want to lose it. It’s much bigger than me and life itself.” These are the first words of Captain Kirk, returning from space with the Blue Origin spacecraft.

The 90.year.old actor thanked Jeff Bezos: “What you gave me is the deepest experience I could ever imagine.” He then adds: “It has nothing to do with the little green men and the celestial spheres. It has to do with the enormity, importance and speed of life and death.”