A man killed five people in a bow and arrow attack 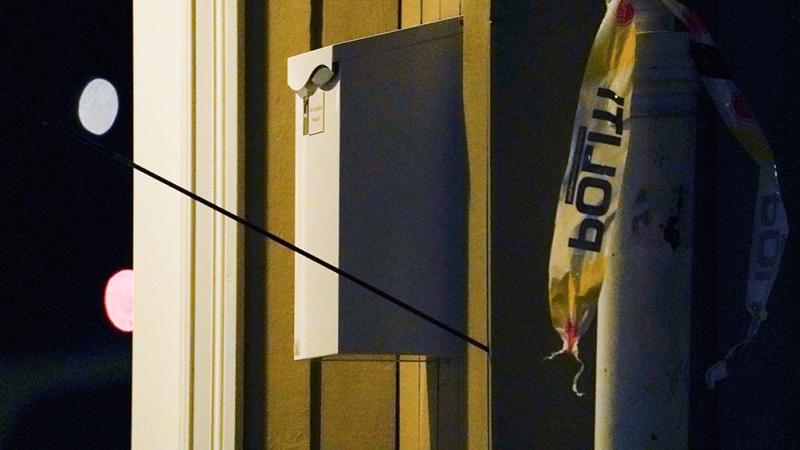 The police are still waiting to establish whether the incident was a terrorist attack. Photo: AFP

A man armed with a bow and arrows killed five people and wounded several more, including a policeman, in different central places of the Norwegian town of Kongsberg after which he was arrested shortly after, in a fact that is under full investigation, without ruling out any hypothesis about his motivation, even that of terrorism.

In an appearance this Wednesday night before the media, Prime Minister Erna Solberg declared herself “shocked by these horrible acts”, strongly condemn the attack and, like the Police, expressed that “First you have to wait to find out more” before risking “if it is a terrorist act.”

Solberg, who resigned on Tuesday after the defeat of the Conservatives in the September elections, regretted that despite “the good police work that has been done in Norway” against what he called “organized attacks”, their perpetrators continue to commit this type. of attacks.

In those terms it was also manifested the Minister of Justice, Monica Maeland, who made the entire State security infrastructure available to the local authorities.

“The police say they do not know if it is a terrorist act. They are investigating and we are waiting. We cannot comment on details related to the author.”, he said.

At the same time, the mayor of Kongsberg, Kari Anne Sand, lamented the “shocking” event “that could hardly be thought to happen in Norway” and added that the event occurred “in a district where many people live and many are affected.”

The Chief of Police from Buskerud province, near Kogsbereg, Oyvind Aas, He confirmed that five people died and that among the injured “there is an agent who was not on duty at that time.”

He added that the assailant was arrested about half an hour later since the attack began, which he did not rule out that it may be related to “terrorism.”

“It is natural to consider such a possibility, but he has not been questioned and it is too early to reach a conclusion,” he said.

The police have not yet given more information about the suspect, with whom the agents would have had a small confrontation before being able to capture him, according to the Europa Press news agency.

The attack, which had several scenarios, began in a supermarket of the Extra chain, as reported by those responsible for the establishment. “We can confirm that there has been a serious incident at our store, but none of our employees have been injured,” the firm said in a statement.

“We are not looking for other people,” Aas said, quoted by the AFP news agency.

According to the TV2 channel, the man also had a knife and several other weapons.

The wounded were transferred to hospitals and at the moment neither their number nor their status is known.

On Twitter, the local police said that witnesses saw a man, armed with a bow and arrows, and that he used them against people, while the authorities urged the population to stay in their homes.

At least five people were killed and two wounded in a bow and arrow attack in Kongsberg (southeast) on Wednesday, the Norwegian police announced https://t.co/2SmfoUKGHO

Several neighborhoods were cordoned off and television images showed a large display of heavily armed police and ambulances.

A helicopter and a demining team were also dispatched to the scene, while the National Intelligence Service (DIS) was alerted.

The public network NRK showed on its website a photo sent by a witness showing a black arrow stuck in a wall.

After the attack, the high command of the Norwegian Police ordered all agents in the country, who are not usually armed, to carry firearms., as an additional precaution after the attack in Kongsberg.

Norway, a generally peaceful country, has been the scene of far.right attacks in the past.

On July 22, 2011, Anders Behring Breivik killed 77 people by detonating a bomb near the government headquarters in Oslo, before opening fire at a Labor Youth gathering on the island of Utya.

In August 2019, Philip Manshaus fired at a mosque on the outskirts of the capital Oslo, before being subdued by the crowd, without seriously injuring himself.

Before the attack, he killed his adopted Asian sister for racism.

The authorities have also thwarted several attacks by radical Islamists.