A man used archery to kill at least four people in Norway. 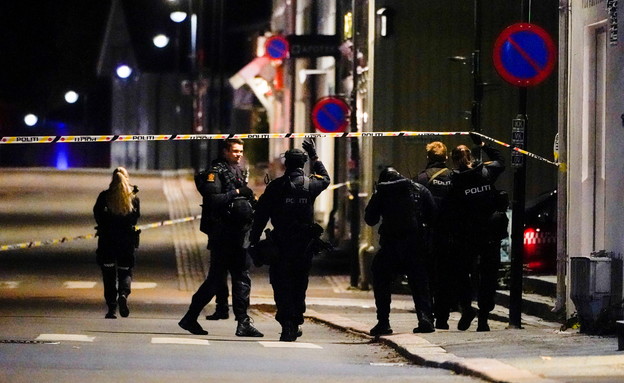 In Norway, there was an uncommon occurrence: a man armed with a bow and arrow assaulted inhabitants of Kongsberg, west of Oslo’s capital, killing at least five people and injuring others. According to accounts, the culprit was apprehended after acting alone in a number of situations. In reality, the motivations have yet to be determined, and local authorities are probing a possible terrorist attack.

The event occurred tonight in a city in the southwest of the Scandinavian country with a population of around 28,000 people.
The suspect’s name and motivation have yet to be determined, but he appears to have carried out the attacks across a large region.
“He was detained, and the information we have so far indicates that he did these actions himself,” a police spokeswoman in Norway told reporters on the scene.
He even went so far as to say that one of the avenues being investigated is if this is a terrorist act: “It is logical that we should assume so.”

The official stated that a number of individuals were killed or injured in the attack, but he wouldn’t say how many.
At the same moment, the Norwegian press reported that at least five persons had died as a result of the incident.
Two helicopters and ten ambulances were among the large police and rescue personnel that arrived in the city.
Monica Maland, Norway’s Minister of Justice and Homeland Security, has received updates on the situation and is keeping a careful eye on it.

One thought on “A man used archery to kill at least four people in Norway.”