New details on the brutal murder incident in Norway 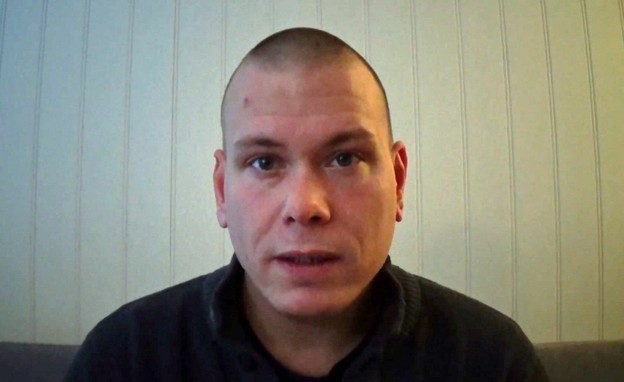 New details about archery in Norway: Local police are updating that the suspect who was arrested last night (Wednesday) – is a Danish citizen who converted to Islam as 37.year.old Aspen Andersen Brotten. According to reports from the Norwegian TV network TV2, the suspect, who allegedly slaughtered 5 people with an archery, Sold to health services. It was further reported that In an incident that took place in the town of Kongsberg, two other people were injured – including a policeman who was called to the scene.

Brotten is a Danish citizen who has lived in Kongberg for several years. He was born in Norway and has a Norwegian father and a Danish mother. In 2020, Brotten was banned from visiting his parents for six months, after threatening his father. The 37.year.old was convicted in 2012 of theft and drug use after breaking into the Norwegian Mining Museum. The verdict against him states that he was previously convicted of similar offenses as well.

Prosecutor Ann Iran Swan Mathiasen said in an interview with the Norwegian NTB news agency that the suspect admitted the facts of the case. Frederick Neumann, the suspect’s lawyer, told Norwegian media: “Police are investigating the suspect who was caught and he cooperated with her. He is cooperating and giving detailed statements regarding this incident.”

Police said that according to the suspicion, the perpetrator acted alone and his motives are still being investigated. Police are also investigating the possibility that the suspect also used other weapons. Norwegian media report that local police were able to arrest the suspect after a confrontation that lasted about half an hour. County Police Chief Owind Ace said “this dire situation has left a deep impression on everyone who lives in the city of Kongsberg”.

Norwegian Prime Minister Jonas Gahr Stower, who took office today, condemned the incident and called it a brutal act. “I heard the sirens when I got home,” said Marit Hoffel, a resident of Norway who witnessed the incident. “I saw a group of policemen, among them a man holding several arrows in his hands.”

Another witness said in an interview with TV2: “I saw a man standing in the corner with arrows on his shoulder and a bow in his hand. Then I saw people miraculously killing themselves. One of them was a woman holding a child in her hand.” She also said that many policemen arrived at the scene, as well as helicopters, dogs and armed crews.

“I saw a man standing in the corner with arrows on his shoulder and a bow in his hand. One of the women who escaped was holding a child in her hands.”

An eyewitness present at the scene

Newspaper headlines in Norway report that this is the deadliest attack in the country since 2011. So far, Norwegian police have released few details about the investigation and decided to provide information about the man’s identity after spreading Pike News and false rumors on social media.

Norwegian police investigators are still investigating whether it was a terrorist attack and stressed that more details about the incident will be provided later. A photo taken at one of the crime scenes in which the suspect operated showed an arrow stuck in the wall of a residential building in Kungsberg; A building with about 28,000 residents. Following the incident, the police chief ordered police in Norway to carry weapons – even though the Norwegian police do not usually walk around armed.