UK: A Member of Parliament was stabbed to death in a church 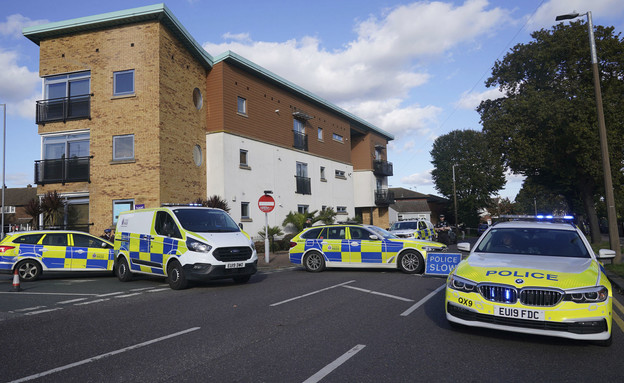 David Ames, a British MP from the Conservative ruling party led by Boris Johnson, was stabbed to death this afternoon (Friday) at a church in a city in the southeast of the country. The 25-year-old was arrested on suspicion of committing the act, and the circumstances, including the background in fact, are still being investigated.

According to news agency reports, the incident occurred during a round of meetings with voters held by 69-year-old Ames at a church in Lay-on-Sea, south-east England. A police statement said the report of the case was received shortly after 12:05 p.m. The British police added that “the police were at the scene shortly afterwards, arrested a man and extracted a knife from him”.

A tweet in which Ames announced the round of meetings:

The Daily Mail reported that rescue services were called to the scene and tried to save his life for about an hour, but were forced to determine his death. The suspect in the act, 25 years old, was taken into custody. Police have stressed that they are not currently trying to locate more suspects, and believe there is no further threat to public space. The circumstances that led the anonymous to stab the MP have not yet been clarified.

Ames was known to be an animal rights activist along with being a staunch conservative. He opposed abortion, voted against laws designed to promote LGBT rights and supported Brexit.

Lapid: “Be a true friend of Israel”

The flags on Downing Street were lowered following the incident and Ames’ colleagues in the UK and around the world paid tribute to him after the incident. “We are shocked and hurt,” said British Prime Minister Boris Johnson, adding that Britain had lost a good public servant who believed in the country and its future. Foreign Minister Yair wrote about him on Twitter that he was a true friend of Israel, and that he always stood by the Jewish community.

From Israel, we send our deepest condolences to the family, friends and colleagues of Sir David Amess. He always stood with the Jewish community and was a true friend of Israel.

May his memory be for a blessing.

About five years ago, Joe Cox, a Labor MP who supported Britain’s stay in the EU, was shot dead. Cox’s widow, Brendan, wrote on Twitter that “attacking elected officials is an attack on democracy itself. He added that the murder today” brings it all back. The pain, the loss, but also the love that the public gave us following Joe’s loss. ”

My thoughts and love are with David’s family. They are all that matter now. This brings everything back. The pain, the loss, but also how much love the public gave us following the loss of Jo. I hope we can do the same for David now. pic.twitter.com/hwRN0PODPK