Green pass, the tension on social media in these hours remains maximum 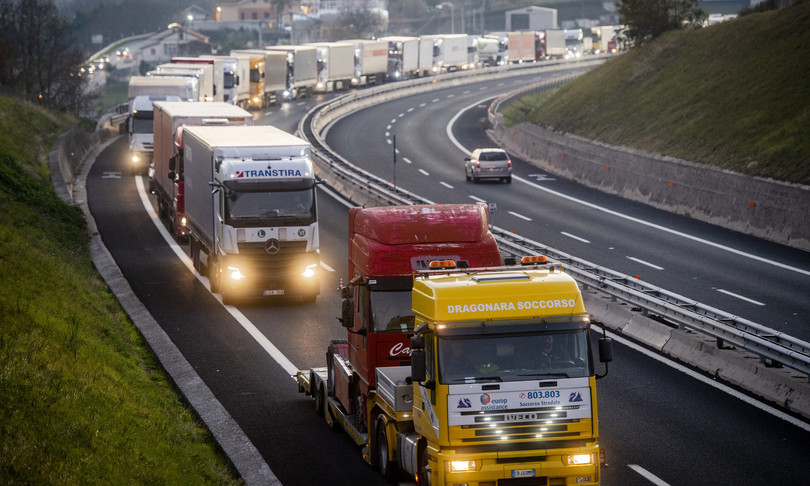 The wait is over, but the controversies continue: today the mandatory green pass on workplaces came into force, but it is also the day of the protest. In many Italian cities there have been threats of strikes, the ports of Genoa and Trieste are asking for a postponement of the obligation to present the vaccination certificate, but the alarm, at the moment, seems to have disappeared and there should be no blocking of activities. Tension also in Liguria and alarm from road hauliers: “Risk of paralysis”. Confetra announces: “30% of owners and 80% of foreign drivers do not have a green certificate”.

In case of strong divergence of the data with respect to countries without green pass (all) I would be the same contrary for ethical reasons but I would have no problem highlighting the data.

18,000 policemen are at risk of staying home without pay as of Friday, but relatives of inmates can safely enter jail even without the Green Pass. A little common sense, thank you!

With the artificial intelligence algorithms of KPI6 * we monitored the conversations on Twitter concerning the vaccination passport, observing a homogeneous distribution throughout Italy and with levels of disapproval that reach 85% of the emotions obtainable in the published contents.

Usually social conversations are more concentrated by geographical areas in the north or south and in large metropolitan cities, but in the case of the green pass there is a lot of discussion throughout Italy, without distinction, with trends in the overall volumes of content publication, constantly growing from ‘October 11th.

All the hashtags concerning the pandemic in its various forms, #GreenPassObbligatorio #GreenPassRendeLiberi #portualidiTrieste #VaccinoObbligatorio, have been in constant trend for several days.

A lot of conversations do not focus on the health aspects of the pandemic, nor on the link between vaccines and vaccination passport in order to contain the spread of the virus. Instead the focus is tight on the political aspects, on the limitations of freedoms and the right to work.

Work, workers, free tampons to access companies, the right to a salary, are the issues at the center of the discussions on the web, but until a few weeks ago the discussions were unbalanced on vaccines and on the fear of possible new waves of infections. , with the risk of lockdown.

The green pass theme and access to the workplace sees mainly men as protagonists on social media, with 70% of the content produced, mainly in an age group from 25 to 44 years.

Even among political forces, the green pass is highly divisive, transversally in the alignments. In all parties we observe numerous distinctions and very different positions.

#Cricket on the #greenpass speaks of “pacification” e #swab free. Without detracting from my esteem for him, it is known that NOTHING is free and that it would be more correct if it were used as in the rest of Europe: NO ONE except us, in #Ue, he uses it to work. Because?# 12ottobre pic.twitter.com/l8qbW2Q59S

Normal is near thanks to #vaccines e #greenpass. This is an important time for our country, the time when we can all return to normal. Go on like this! pic.twitter.com/IwE8zWtY49

The League, showing strong distrust of the current vaccination passport setting, confirms itself as the most active on social media on these issues in the last week, followed by Forza Italia and Italia Viva.

The League’s communication activity on the green pass extends over the entire month of October, clearly distanced from the other political parties that have alternated, in the last two weeks, for volumes of content published and number of parliamentarians involved in the discussion.

Italia Viva has definitely intensified its communication on the green pass and the social tensions it is producing, with a very clear line: the state of emergency will last at least until 31 December, vaccines and vaccination passport are the tools we have to better manage the pandemic. Position shared by Forza Italia, PD while in the 5 Star Movement there are often different positions.

When we realized that the rainbow majority supporting Draghi was intent on introducing the obligation to #GreenPass even to go to work, we immediately asked that the shopping to do i #pads it did not fall on the workers, nor on the companies. pic.twitter.com/rB7X7V1aHK

While Giorgia Meloni, leader of Brothers of Italy, although she reiterates the need for free swabs to access jobs, in the last week she shifted the focus of her communication on administrative elections in Rome, the management of public unrest and the assault on the headquarters of the CGIL.