Francesco: "Post.truth is used to discredit me" 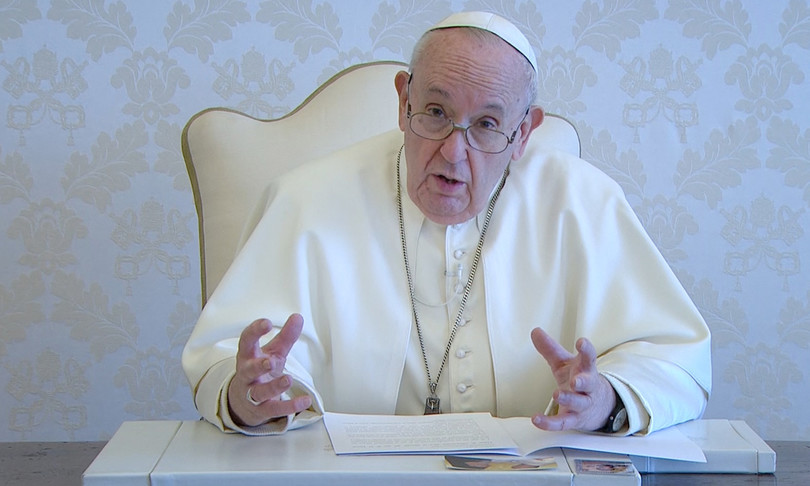 “Sometimes I am surprised that every time I talk about these principles some are amazed and then the Papa is cataloged with a series of epithets which are used to reduce any reflection to the mere discrediting adjective. It doesn’t make me angry, it makes me sad. It is part of the plot of post-truth which seeks to nullify any alternative humanistic research to capitalist globalization; is part of the throwaway culture and it is part of the technocratic paradigm ”. He said it Pope francesco in a video message on the occasion of the IV World Meeting of Popular Movements.

“The principles that I expound they are measured, human, Christian, compiled in the Compendium prepared by the then Pontifical Council for Justice and Peace ”, specified Bergoglio. “It is a small manual of the Social Doctrine of the Church. And sometimes, when the Popes, whether I, Benedict, or John Paul II, say something, there are people who are amazed: ‘Where did you get this from?’. It is the traditional doctrine of the Church. There is a lot of ignorance in this ”.

“The principles that I expound are in that book, in the fourth chapter”, he added, “I want to clarify one thing: they are included in this Compendium and this Compendium was wanted by Saint John Paul II. I recommend you, and all social, trade union, religious, political and business leaders to read it. In the fourth chapter of this document we find principles such as the preferential option for the poor, the universal destination of goods, solidarity, subsidiarity, participation, the common good, which are concrete mediations to implement the Good News of the Gospel on a social and cultural level. And it saddens me when some brothers of the Church get annoyed if we remember these orientations that belong to the whole tradition of the Church. But the Pope cannot fail to remember this doctrine even if it very often annoys people, because to be at stake is not the Pope but the Gospel. And in this context, I would like to briefly resume some principles on which we count to carry out our mission ”.

“I will mention two or three, no more”, he underlined at this point, “One is the principle of solidarity. Solidarity not only as a moral virtue but as a social principle, a principle that seeks to address unjust systems in order to build a culture of solidarity that expresses – the Compendium literally says – the firm and persevering determination to commit oneself to the common good “.

“Another principle is to stimulate and promote participation and subsidiarity between movements and peoples, capable of limiting any authoritarian scheme, any forced collectivism or any state-centered scheme. The common good cannot be used as an excuse to crush private initiative, local identity or community projects, ”he continued.

Therefore “these principles promote an economy and a politics that recognize the role of popular movements, the family, groups, associations, local territorial realities, in short, those aggregative expressions of an economic, social, cultural, sporting nature, recreational, professional, political, which people spontaneously give life to and which make effective social growth possible for them. This in number 185 of the Compendium. As you can see, dear brothers, dear sisters, these are balanced and well established principles in the social doctrine of the Church. With these two principles I believe we can take the next step from dream to action. Because it is time to act”.