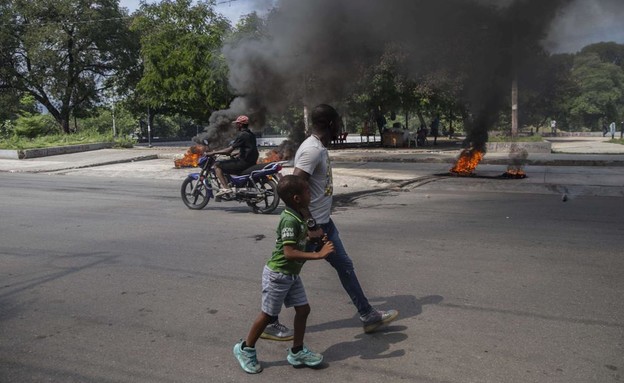 Drama in Haiti: Sixteen U.S. citizens and another Canadian citizen were abducted yesterday (Sunday) near the capital, Port-au-Prince. The local “.

The group of Christian missionaries from the United States and Canada was abducted by a notorious gang in Haiti, where the abduction phenomenon in particular and organized crime in general have worsened in the past year, against the backdrop of a very difficult political and social situation. The Missionary Group.

“Join us in prayer for all the people involved in the abduction, the families and the abductors and all those affected,” a statement from the missionary group said. Recently, various Christian missionary groups, mainly from the United States, Haiti, and other countries in the Caribbean, have been offering Bible lessons, setting up and renovating churches, providing medical assistance, orphaning, and more.

Haiti is facing a severe political crisis after President Gov. Moyes was assassinated in July. About a month later, in August, the impoverished country experienced another severe crisis when a magnitude 7.2 earthquake killed more than 2,200 people and left hundreds of thousands homeless.

A senior U.S. administration official commented on the affair and told the Associated Press that the U.S. is in close contact with the Haitian government regarding the investigation into the affair.

The current severe crisis comes after another crisis in U.S.-Haiti relations, when last month tens of thousands of Haitians were deported from the U.S. border. Against the backdrop of a series of disasters that befell the country, many sought to immigrate to the United States via the Mexican border. Evidence of the much-used violence perpetrated by U.S. Border Patrol officers, until almost all were eventually deported.

At least 328 abductions were reported in Haiti in the first eight months of 2021, compared to 234 such incidents in the same period in 2020. Last month it was reported that a priest in Port-au-Prince was stabbed to death during a prayer service at the church and that his wife was subsequently abducted.