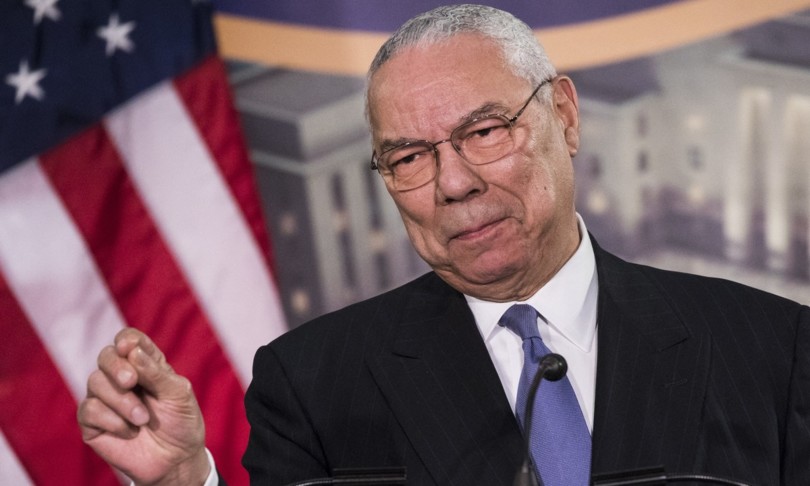 – Former US Secretary of State Colin Powell died of complications from Covid. He was 84 years old. “We have lost a husband, a father, an extraordinary and loving grandfather and a great American,” the family said in a statement.

A rapid ascent from the south of the Bronx to Washington, passing through Vietnam, to touch the lowest point a few kilometers from where he grew up: in the Glass Building along the Hudson, in the east of New York.
Colin Powell, who died at 84 from the after-effects of Covid, he will be remembered as a statesman, a charismatic general, the first African American secretary of state, but also for giving face to one of the most controversial speeches ever made at the United Nations: the one to justify a war in Iraq.

The son of Jamaican immigrants, raised in Harlem and the South Bronx, Powell had felt like a soldier inside, perhaps as a way out of the daily insecurity that life in New York’s poorer suburbs had fueled him.

After his studies at City College, he entered the reservist training corps and then officially, in the late 1950s, into the army. In ’62 Powell was among the thousands of African American soldiers sent to Vietnam, where he will stay a year to return five years later, between ’68 and ’69, in the period in which the “war no one wanted“had turned into a deadly tunnel for thousands of Americans.

Returning to civilian life, Powell had made the choice to pursue his rigor by other means: politics. He studied at George Washington University and in 1972, at the age of 35, entered as an intern at the White House, later becoming assistant to Frank Carlucci, the then deputy director of the Federal Administration’s Budget Office.

That was the moment when the second part of the rich biography took shape ex-soldier: he went on to a series of posts within the Pentagon until he occupied the role of first assistant to Secretary of Defense Caspar Weinberger. In 1987, at the age of 50, he joined the staff of the National Security Council, of which he then took the leadership on the choice of President Ronald Reagan.

Just two years later, Powell assumed command of the military as a four-star general. Another Republican president, George Bush, gave him command of the army general staff. Those were the years when Powell played a key role in the invasion of Panama, in 1989, and in the operations in the Persian Gulf ‘Desert Shield’ and ‘Desert Storm’, in the early 1990s, before retiring from the army in ’93 at the age of 56.

Many thought that the former general was prepared to go down in first person in the presidential race as a Republican candidate, a hypothesis never confirmed and much less concretized. Powell, however, took the moment to carve out a more political dimension, which will lead him to intervene on many issues, a choice that will lead him to his greatest result: the appointment, the first African American in history, as Secretary of State under the presidency of George W. Bush.

But it was in the moment of maximum ascent, that Powell stumbled upon what can be considered his most controversial act: the speech to the United Nations of 5 February 2003 to convince the General Assembly of the need to invade Iraq.

An intervention that will prove to be full of falsehoods, other than evidence officially “supported by my sources”, he said. “They are not opinions – he assured in a firm tone – but what we will give you will be facts and conclusions based on solid intelligence work”.

Iraq, he said, “had resumed the nuclear program.” History will expose the staging. The information turned out to be built around the table. Powell, who was forced to resign in 2004, will admit in the future that he regrets. “That speech represents for me a painful act – he said – that will remain in the records of my life”. As, in fact, it was until the last.