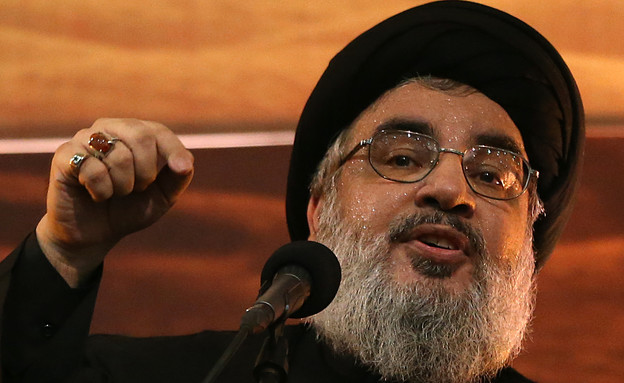 In the wake of the sharp political-economic crisis in Lebanon, Hezbollah Secretary General Hassan Nasrallah revealed last night (Monday) in a speech broadcast on Lebanese television that Hezbollah had 100,000 skilled fighters, claiming that the organization had never been so strong. The deaths of 7 Shiite protesters in a demonstration against the commission of inquiry into the Beirut port disaster, saying the incident is “a dangerous development that indicates a new stage in the country’s internal politics”.

This is Nasrallah’s first reference to the most violent event that has occurred in the last decade in the country. He attacked the Christian “Lebanese Forces” party and its leader Samir Jaja, and reiterated his organization’s accusations that the Christian party was responsible for killing the seven protesters.

“The real agenda of the Lebanese forces is a civil war,” Nasrallah accused. “I suggest she give up the idea of ​​purring the internal conflict and inciting civil war. They are wrong in their assessments, their calculations are wrong. The region has never seen Hezbollah as strong as it is now.”

The Lebanese Forces Party, for its part, has rejected the claim that it is responsible for the violent incident that took place last week. The party accused Hezbollah of bloodshed on the grounds that it was the one who incited against the chief investigator of the port’s disaster investigation committee.

Despite his harsh words, Nasrallah devoted much of his speech to trying to reassure Christians in Lebanon, saying Hezbollah is protecting their rights. He added that the organization is an ally of the largest Christian party in the country, the Free Patriotic Movement. He claimed that Hezbollah was not an enemy of the Lebanese Forces Party, saying that the biggest threat to the Christian presence in Lebanon was the Lebanese Forces Party itself.

The violent incident to which Nasrallah referred occurred on Thursday, when violent clashes erupted in a violent demonstration by Hezbollah and its allies in Beirut against the chief investigator who heads the commission of inquiry into last year’s Beirut port bombing, in which more than 200 people were killed. According to state reports, 7 people were killed by gunfire. At the same time, two explosions were heard in Beirut near the center of the riots.

The exchange of fire broke out on the border between Christian and Muslim-Shiite neighborhoods in Beirut, which formed the front line of the Lebanese civil war that broke out in 1975. It is not clear what caused the shooting, but an AP correspondent reported seeing a gunman open fire during the demonstration. People were also reported shooting at protesters from the balcony of a nearby building.