An ancient Crusader sword was found by a diver in Israel 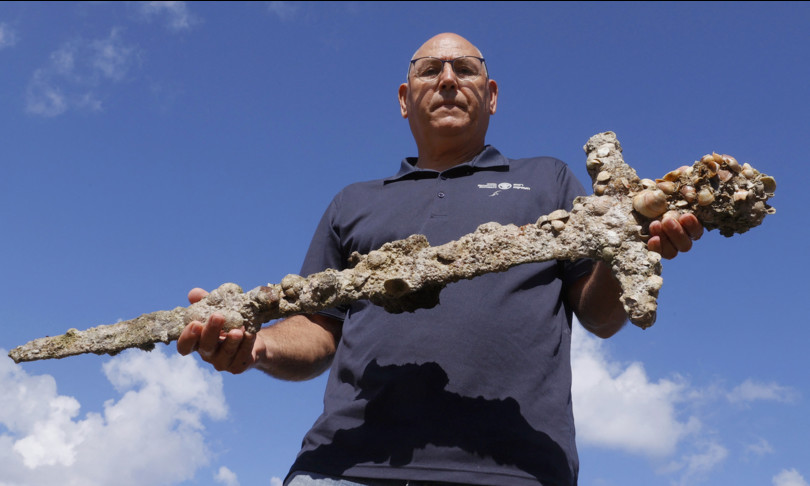 – One one meter long sword dating back to the Crusader period it was found by a diver on the seabed off the Carmel Cost. This was announced by the Israeli Antiquities Authority (Iaa).

The sword, which it probably was buried in the sand for centuries, has re-emerged as a result of the currents. Fearing that the artifact might be covered again, the diver brought it to the surface.

“The sword, which is preserved in perfect condition. It’s a beautiful and rare find and evidently belonged to a Crusader knight, ”said IAA Robbery Prevention Unit inspector Nir Distelfeld.

And he added: “It has been found encrusted with marine organisms, but apparently it is iron. It is exciting to meet such a personal object, which takes you back 900 years in time to a different era, with knights, armor and swords ”.

The Carmel Coast has many natural coves that provided shelter for ancient ships in the event of a storm and larger inlets around which entire settlements and ancient port cities, such as Dor and Atlit, developed.

These conditions have attracted merchant ships over the centuries, leaving behind rich archaeological finds. The recently recovered sword is just one of these finds.