For the Spanish government, ETA’s mea culpa is insufficient 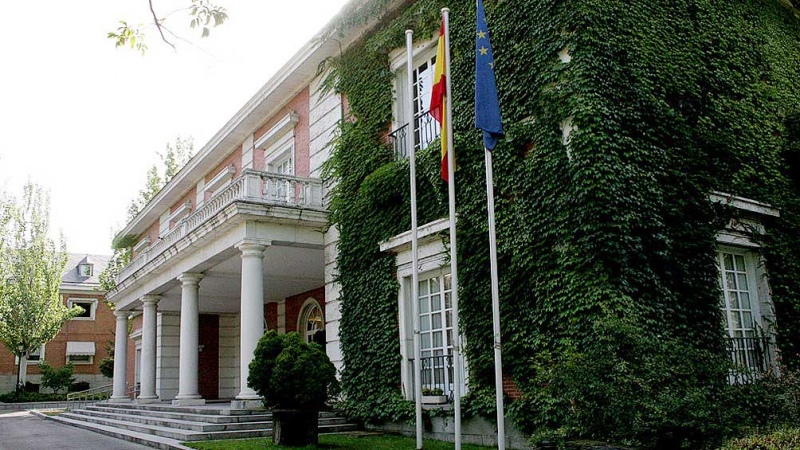 For the Government of Spain they need to apologize, the terrorist gang murdered 864 people

The Government of Spain considered this Tuesday that the pardon of the leader of the Basque independence left Arnaldo Otegi expressed about the victims of the separatist armed group ETA is insufficient and demanded more actions.

“We believe that it is an insufficient step, that they should also ask for forgiveness and that they have to move from words to actions”he stated during the weekly press conference after the cabinet meeting the Government spokeswoman, Isabel Rodríguez.

Otegi, General coordinator of the Basque independence party EH Bildu, yesterday acknowledged the pain of the ETA victims and affirmed that “It should never have happened”, a few unpublished words on the occasion of the tenth anniversary of the cessation of violence by the armed group.

From the Government they valued the gesture, but They demanded that Bildu also oppose the tributes that are still made to condemned ETA members when they leave prison.

Rodrguez regretted these demonstrations in honor of ETA members convicted of crimes and argued that they contribute to “revictimizing those who suffered” the group’s acts of violence.

Isabel Rodríguez: “Today is a day to celebrate that 10 years ago democracy defeated ETA. It was democracy that defeated ETA, it was the political unit, the State Security Forces and Corps, the judges, the media. .. Spanish society beat ETA ” pic.twitter.com/5I0U1wyv60

“We believe that the gestures are fine, but they must go much further and of course we must apologize for that pain and not participate in this type of demonstration”the Spanish government spokeswoman insisted, according to the Sputnik news agency.

The Government of Spain, formed by an alliance between the Socialist Party (PSOE) and United We Can (UP), thus stands on the side of the victims of ETA, who through the various associations that exist in Spain agreed to demand facts and not just words to the Basque independence left.

Those, The PSOE understood that the statements of the ETA leader contribute to facilitating agreements.

This was expressed by the spokesman of that party in Congress, Hctor Gmez, who stressed that his force has the obligation to seek understanding with all the benches that have been elected at the polls to promote legislative measures.

Otegi, for his part, regretted that the President of the Basque Government, Iigo Urkullu, and the PNV (Basque Nationalist Party) are “angry when your country is very happy.”

In that sense, he expressed that this step was taken “because he had to” take it and admitted in his ranks “not everyone agrees” because there are those who think that a lot is being given without receiving anything in return, in reference to the ETA prisoners.

The Government spokesperson and Minister of Territorial Policy, Isabel Rodríguez, this Tuesday reduced the enthusiasm of the PSOE, her party, with the statement about the victims of ETA made a day before: You have to apologize https://t.co/ fEqCcVBlrL

Otegui also invited former socialist president Felipe Gonzlez to say that he “organized the Antiterrorist Liberation Groups (GAL)”, as the vigilante groups that practiced the so-called “dirty war” against ETA are known.

“We have no problem in assuming what we have done. We want to know if they are willing to do it,” he said today in an interview with Catalunya Radio.

Otegui’s apologies were also celebrated by former socialist president Jos Luis Rodríguez Zapatero, in office when ETA announced the end of the violence ten years ago, who highlighted the “great significance” of his words.

In similar terms he pronounced the president of the Spanish Episcopal Conference, Juan Jos Omella: “We have to be grateful that someone who has lived in terrorism apologizes. Perhaps for someone it is little, but it is a step”, seal.

Euskadi Ta Askatasuna (ETA, “Basque Country and Freedom” in Basque) announced the end of the armed action on October 20, 2011 and was definitively dissolved in May 2018 without having achieved its political objectives.

It is estimated that its members murdered 864 people between 1968 and 2010, the majority in the region of the Basque Country. and many of them are members of the State security forces and bodies.