The Italian vaccination campaign drove the European one 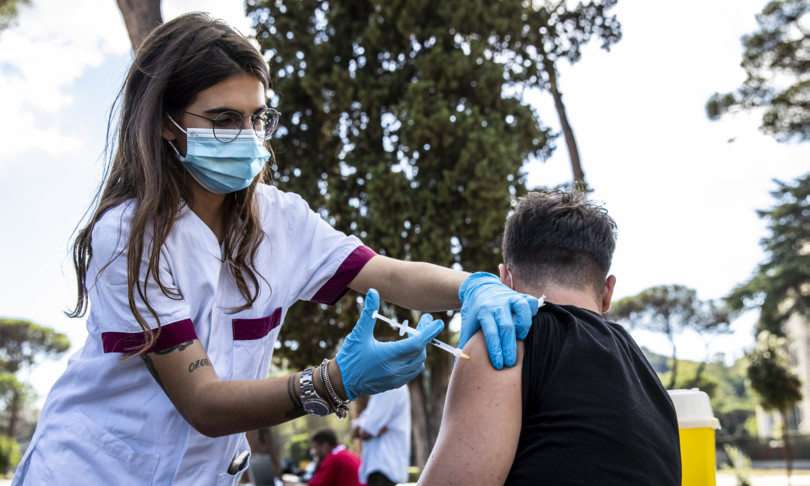 “An extraordinary effort” by Italy in the vaccination campaign, enough to exceed the European average. The President of the Council, Mario Draghi, intervenes in the Senate to illustrate the position that the government will bring to the European Council in Brussels on Thursday and Friday, thanks “the effort of doctors and nurses and of the entire national health system”, but also those who they decided to get vaccinated “overcoming the resistances“initials and underlines the Italian record in the European anti Covid vaccination campaign.

“After a slow start, the European vaccination campaign has achieved very satisfactory results – said Draghi – in the European Union, almost four out of five adults have received at least one dose of vaccine, for a total of 307 million people. In Europe, we administered 130 doses of the vaccine per 100 inhabitants, compared to 121 in the United States, “he adds.

But in Italy, Draghi continues, “the campaign is proceeding faster than the European average. To date, 86% of the population over 12 has received at least one dose and 81% are fully vaccinated”. The acceleration has taken place in recent months, continues the premier, who recalls how “before the last European Council, at the end of June, less than a third of the audience had completed the vaccination cycle”.

In the last four months, Italy has therefore vaccinated half of the population over 12 years old, Draghi recalls. It is an “extraordinary effort, for which we must be grateful to our health system, starting with doctors and nurses. I also want to thank once again all the citizens who have chosen to be vaccinated, especially the young and the very young. And who has decided to do it in recent weeks, after overcoming his hesitations “, he adds after the weeks of tension and controversy related to the no-vax protests.

“The epidemiological curve is under control thanks to the sense of responsibility of the citizens – adds the premier – This allows us to keep schools, businesses and places of our sociality open”. The European Council, confirms Draghi “will reaffirm its commitment to contribute to international solidarity in the field of vaccines”: it is necessary “to increase the supply of doses to the most fragile countries, so that they can protect their citizens and to prevent the onset and spread of new and dangerous variants. Only 2.8% of those living in a low-income country have received at least one dose of the vaccine, compared to almost 50% of the world population “.

Italy, Draghi concludes, is doing its part, tripling vaccine donations, from 15 to 45 million doses, to be distributed mainly through the Covax mechanism: “to date, we have assigned more than 11 million doses: among these , about three million each in Vietnam and Indonesia, 1.5 million in Iran and 700 thousand in Lebanon, Yemen and Iraq “.