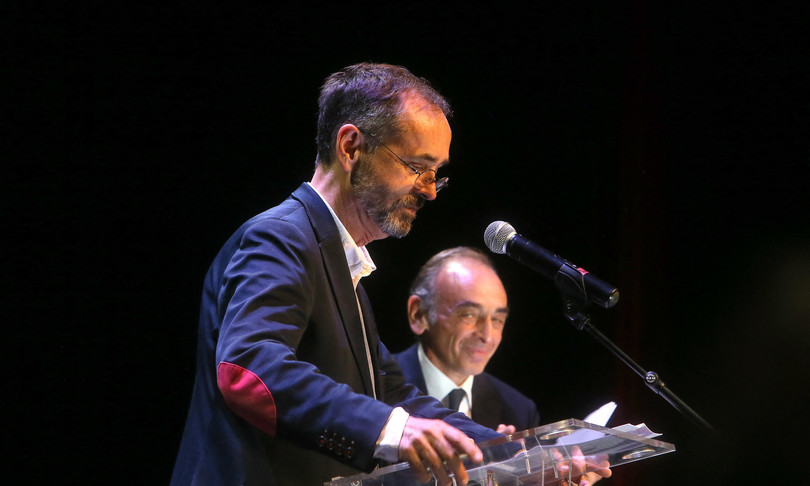 “Marine Le Pen is a bit worn out: it is in fact the third time that she presents herself to the presidential elections”, while Eric Zemmour “has the appeal of novelty and it’s not cheap”.

“What we must avoid at all costs is do not go to the second round (of the presidential elections, ed) because of our internal divisions. This is why I proposed to Zemmour and Le Pen, with whom I spoke again on Sunday, that in February, when voting intentions usually take shape, which of the two will be behind the other (in the polls, ed) withdraws to leave space for the other better positioned. It seems like common sense to me. ”

He tells the Robert Menard, Mayor of Beziers, journalist and co-founder of Reporters sans frontieres, returning to comment on the call for unity, in view of the French presidential elections, which he launched last Saturday in Le Pen and Zemmour during a public meeting in Beziers with his “friend” Zemmour.

“The polls tell us that today a third of the French are ready to vote for a candidate of the national right, that is, of that large field that is to the right of the government right, in other words of the Republicains “, observes Menard, elected mayor of Beziers in 2014 with the support of the Front National (which became Rassemblement National in 2018) of Le Pen.” We do politics in a different way from the others, according to our values, we are linked to France, and it would be pure madness if both candidates remained in February “, adds Menard.

Menard continues: “In the presidential elections of 2017 one of the reasons for the success of Macron it was precisely that it presented itself as a novelty. Today it is Zemmour who is the novelty. Furthermore, is outside the political parties, as was Macron. Of course, parties are important because they give you logistical and financial support in an electoral campaign, but today, in France, they are viewed so badly that I think that not belonging to any of them, therefore being independent, is an advantage.

Zemmour And also hated by a good portion of the media: many publications are critical of his ideas. And even in this case I believe that having against journalists is actually an advantage, it is a plus point in the eyes of the majority of the electorate. As for Marine Le Pen – continues Menard – in addition to being a little worn out, she also has a handicap linked to her surname, which is why Marion Marechal Le Pen (Marine’s nephew, ed.) Changed it. Many also remember his catastrophic performance in the debate with Macron in the second round of the 2017 elections: he still weighs. This is why many people say that Le Pen may not make it, “concludes Menard.

“I was stunned” by Eric Zemmour’s dazzling rise in the polls on the first round of the French presidential elections, “it’s a hurricane that takes everything away”.

“I never thought it could grow like this, with this power. I was wrong,” adds Menard, elected mayor of Beziers in 2014 with the support of Le Pen’s party.

“I am very close to Eric and I remember when we commented on the first polls together in May / June: it was around 3%. Neither he nor I had imagined such a rise, to become Macron’s challenger,” Menard finally explains.