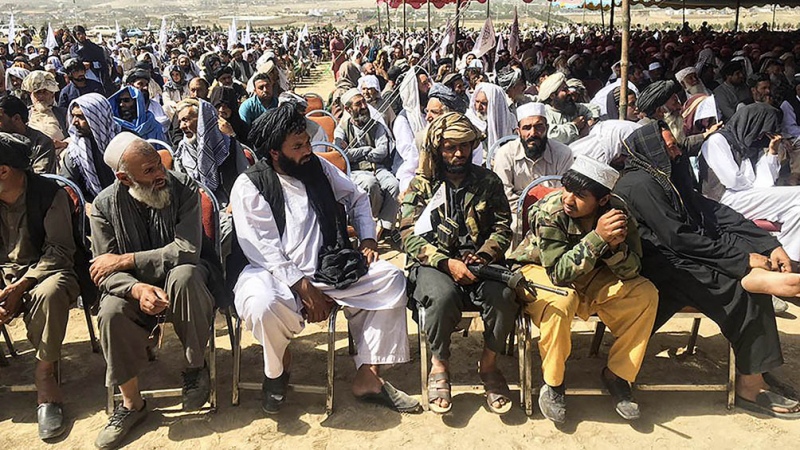 Russia, China and Iran want to “contribute to regional stability”

Russia, China and Iran began this Wednesday to dialogue with the Taliban to guarantee the “stability” of the region, threatened by the activity of jihadist groups and the risk of a serious humanitarian crisis in Afghanistan.

Representatives of Moscow, Beijing and Tehern expressed in a joint statement, which also includes Pakistan, its willingness to cooperate with the Taliban in terms of security for “contribute to regional stability”, given the threat of latent “terrorist organizations” in Afghanistan since the Taliban came to power in mid-August.

Nevertheless, they demanded that the Afghan insurgents apply “moderate policies”, both at home and abroad, and “favorable policies for Afghanistan’s neighboring countries and working to achieve the goal of sustainable peace and long-term security and prosperity,” according to the AFP news agency.

Although they called for the organization by the UN of “an international donor conference” to avoid a serious humanitarian crisis, Russia, China, Iran and Pakistan consider that the “weight” of economic reconstruction should fall on “the actors who they were in the country for the last 20 years, “referring to the 2001 US invasion of its allies from the North Atlantic Treaty Organization (NATO).

“Any future engagement with Afghanistan requires taking into account the new reality, the coming to power of the Taliban,” indicates the joint return.

Afghanistan faces a serious humanitarian crisis resulting from years of war and international sanctions that prevent the Taliban government from feeding the banks or paying salaries.

In addition, a security crisis with the increase in the presence and attacks of the jihadist group Islamic State-Khorasan, enemies of the Taliban.

Despite this meeting, which the Minister of Information and Culture of the Talibn, Zabihullah Mujahid, considered positive for the “stature” of the Afghan government, Russian diplomacy insisted on its request that an “inclusive” government be formed in Kabul, involving other political tendencies besides the insurgents.

The Kremlin emissary for Afghanistan, Zamir Kabulov, called on the Taliban to abide by their commitments regarding respect for human rights and political pluralism., with a view to eventual recognition by the international community.

“Recognition will only come if they begin to respond to most of the expectations of the international community in terms of human rights and representativeness,” Kabulov said. at a press conference.

The Russian Minister for Foreign Affairs, Sergey Lavrov, stressed at the beginning of the negotiations that “numerous terrorist groups, first of all the Islamic State and Al Qaida, seek to take advantage” of the instability of Afghanistan.

“There is a real risk that terrorist activities and drug trafficking (…) will spill over into the territories of neighboring countries”He added, referring to former Soviet republics such as Tajiistan, Uzbekistan, Kyrgyzstan and Turkmenistan, allies of Moscow.

However, this situation presents an opportunity to strengthen Russia’s position as a regional power in Central Asia.

“We recognize the efforts launched to stabilize the political and military situation,” Lavrov stressed.