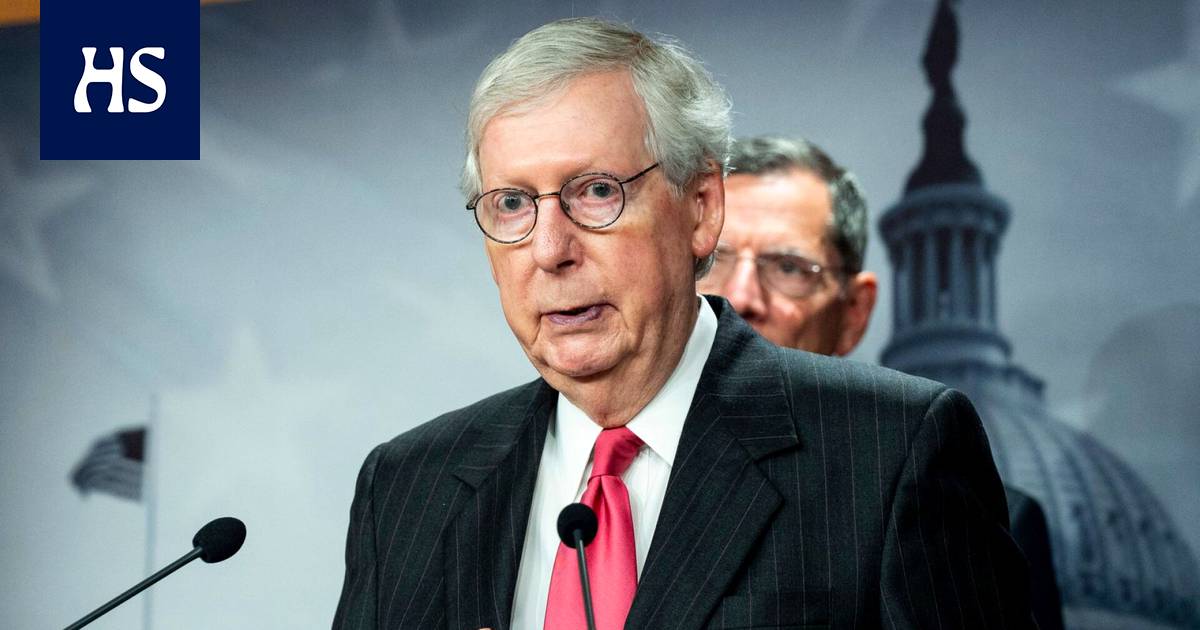 Nearly all of the senators in the Senate Minority Leader McConnell’s party decided to support ratifying Finland’s and Sweden’s applications.

President of the Republic To Sauli Niinistö received a guarantee from US Senate Minority Leader Mitch McConnell that Finland’s NATO application, which was still conceivable at the moment, would be ratified as soon as feasible. The news organization AP reports on it.

Although the Republicans are still divided over the former president Donald Trump’s post-reign, the swift ratification was not certain. Another notoriously slow institution is the US Senate. Trump was able to sow questions about NATO within the party during his administration.

The AP quoted McConnell as saying, “What I was most concerned about at that time was this type of developing politics of isolationism within the party that President Trump was kind of giving voice to.”

The senator had good reason to be concerned because, just a few months earlier, 25 Republican senators had expressed their opposition to the aid plan for Ukraine, constituting half of the party. 11 senators ultimately voted against the $40 billion proposal, but it ultimately passed.

Additionally, McConnell succeeded in keeping his word by swaying nearly all of his party’s senatorial representatives to support Finland and Sweden’s NATO accession. Josh Hawley, the senator from Missouri, was the lone Republican to abstain, and ratification was ultimately passed by a vote of 95 to 1.

Long however, McConnell campaigned as Democrat president Joe Bidenin to the side, who, at least went this instance, fought for the military union. Senators from McConnell’s party were persuaded by him by arguing that NATO serves American interests by being relevant both commercially and militarily.

“The entire conflict over Ukraine has taken on a microcosmic quality, reflecting the internal debate within [republikaani]the party over the direction of its foreign policy. As we can see, a lot of people don’t think this is a big deal for the United States “said Eric Edelman, a former US ambassador to Finland and Turkey. as reported by AP.