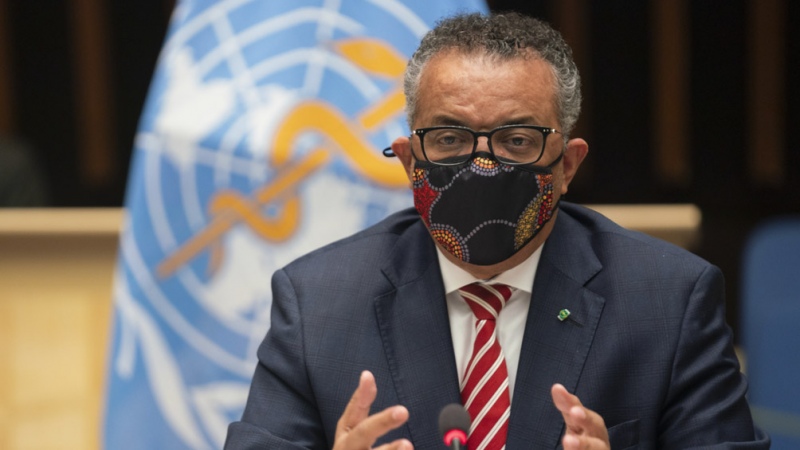 Ghebreyesus held the countries and companies that control the supply of vaccines responsible for the lack of immunization.

The World Health Organization (WHO) indicated this Thursday that the Covid-19 pandemic caused the death of between 80,000 to 180,000 health workers and urged to prioritize the vaccination of these professions that are in the first line of combat against the disease. virus.

Surveillance data on deaths from coronavirus indicates that Since the pandemic began until May 2021, between 80,000 and 180,000 health workers died.

“Because, it is essential that vaccination of healthcare professionals is a priority“WHO Director General Tedros Adhanom Ghebreyesus told a press conference, the AFP news agency reported.

Although the WHO requested that all countries inoculate all their health personnel with the complete guideline, this objective it’s not close.

“Data from 119 countries suggest that, on average, two out of five health professionals worldwide are fully immunized“, exactly Ghebreyesus.

“More than 10 months after the approval of the first vaccines, the fact that millions of health workers have not yet been vaccinated is in itself a condemnation of the countries and companies that control the global supply of vaccines“Said the head of the health agency.

“In Africa, less than 1 in 10 healthcare professionals has been fully immunized, while in most high-income countries, more than 80% are vaccinated.””

Upon the gap In regions lagging behind in their inoculation campaigns, Ghebreyesus said that “in Africa, less than 1 in 10 health professionals has been fully immunized, while in most high-income countries, more than 80% they are vaccinated ”.

The president of the International Council of Nurses (ICN), Annette Kennedy, Denounce governments as being “incapable” of protecting toilets.

“Governments have an obligation to care for and safeguard the lives of professionals. They are the most valuable resource there is. The world without them you are not prepared for the pandemic“Kennedy said, according to the Europa Press news agency.