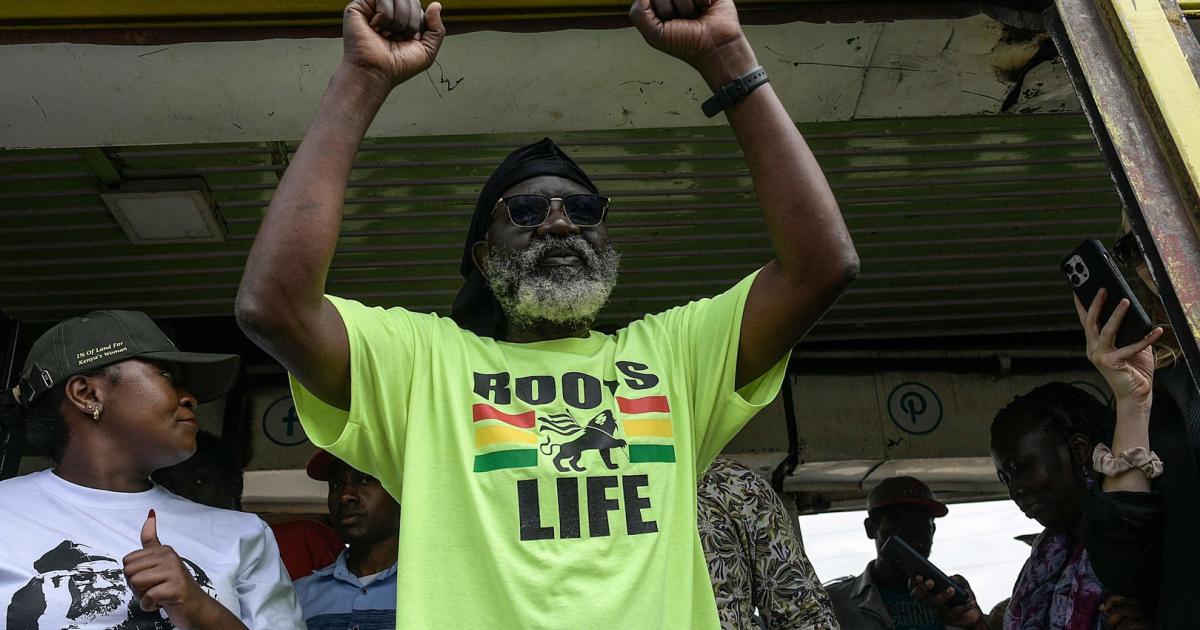 Wajackoyah was a priest, policeman, gravedigger. Now he wants to become president and pay off Kenya’s mountain of debt by exporting marijuana and hyena testicles.

He wants to have snake venom tapped professionally – and then sell it abroad. He also wants to establish hyena testicles and dog meat as export hits (because the Chinese are “crazy”), as well as marijuana. Smoking a joint – that would also be his first official act as President of Kenya. And it is precisely this job that Professor George Wajackoyah is applying for next Tuesday.

The lawyer, who is a bit reminiscent of an old hippie, will most likely not move into the presidential palace – in polls he is in third place, but at a meager four percent. But he could gather many protest votes from the almost 54 million Kenyans who are entitled to vote – especially those of the young people who hope for quick solutions to urgent problems.

He would spit the established candidates in the soup and possibly force them into a runoff. Many of the old elite are already fed up: Raila Odinga, 77, son of a former prime minister, is running for the fifth time; William Ruto, 55, is currently Vice President.

Jack of all trades

George Wajackoyah is the absolute opposite, the classic career changer, whose vita electrifies many in Kenya: Born 61 or 62 years ago – no one knows exactly – in the slums of the capital Nairobi, he ended up as a street kid in the gutter. He was rescued by the Hare Krishna community. He lived in their temple and became a priest and later a policeman. When he took this job too seriously and did too much research into the death of a foreign minister, he was arrested and tortured.

After intervention by the British media and help from the US Embassy, ​​Wajackoyah made it to Britain as a refugee. He began studying law, which he financed among other things as a corpse washer and gravedigger. After working in several law firms, including one in the USA, the lawyer returned to his native Kenya in 2010 – in order to now enter politics.

He wants to pay off Kenya’s mountain of debt of 70 billion euros quickly – among other things with the sale of “ganja” (marijuana), whose global sales are expected to increase to 70 billion dollars by 2028, according to experts. On the other hand, there is still no reliable data on the market prospects for hyena testicles.

In addition to these campaign hits, George Wajackoyah also has other hits in his ten-point program, such as the four-day work week and the deportation of “lazy” foreigners. And – like the other candidates as well – the fight against corruption, about which the lawyer once said: “If you’re corrupt in Japan, you commit suicide, in China you will be tried in court and then hanged, in Europe you go to prison, but in Kenya a corrupt politician comes into parliament.”

In this context, the former Hare Krishna priest spoke out in favor of reintroducing the death penalty: convicted and convicted corruptionists should be able to choose whether they would rather be shot by a firing squad or prefer death by a rope. At the very least, the national dish, ugali, a dry maize porridge, is their rightful meal.

One thought on “An old hippie seeks power in Kenya”