Energy, migration and the rule of law are on the agenda of the EU Council 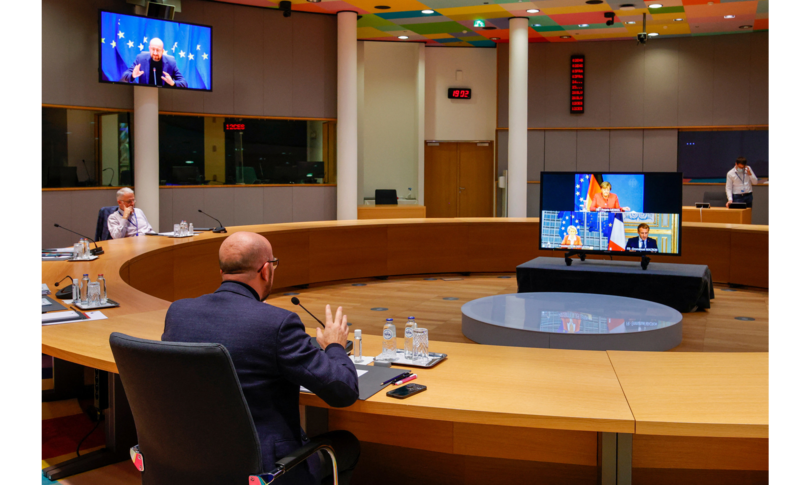 Energy prices, Covid, trade, migration and digital transition but also the rule of law, but without formal conclusions, after the case of Poland: they are the main issues on the agenda for the European Council running from 21 and 22 October.

During our first work session, we will address the current increase in energy prices which is challenging the post-pandemic recovery and is severely affecting our citizens and businesses.

On the basis of the recent communication from the Commission, we will closely examine what can be done at EU and national level, both in terms of short-term aid for those most affected, and in terms of medium and long-term measures “, he said. explained the president of the European Council, Charles Michel, in his letter of invitation to the leaders of the Twenty-seven.

“We will also discuss of the current Covid-19 situation. The pandemic is not over yet and the numbers are increasing in several Member States. Vaccination has brought significant progress in the fight against Covid-19, but much remains to be done, especially with regards to hesitation and misinformation about vaccines. We will touch international solidarity, to ensure the rapid delivery of vaccines to the countries most in need. We also need to take action to make sure we are better prepared for pandemics in the future, “explained Michel.

“We will also touch recent developments relating to the rule of law during our working session “, wrote the Prime Minister in the invitation.” The question will be dealt with, even at the request of some states, but there will be no formal conclusions. Also because it is not within the competence of the Council to make proposals.

The Commission is the guardian of the Treaties and we have all seen the debate in the European Parliament in which President Ursula von der Leyen outlined the three options that the Commission has “, clarified an EU source.

“During our business dinner we will have a strategic discussion on trade. When it comes to the EU’s global influence, trade remains the most effective tool of all available to us.

We will discuss how to best use this tool, both in terms of the objectives we pursue, and in terms of the process of involving Member States, in the light of the experiences of recent years “, explained Michel in the letter.

“Another topic will be preparations for important upcoming summits such as COP26 and COP15 on biodiversity. Looking at the COP26 summit, we need an ambitious global response to climate change. All major economies should set ambitious targets and deliver on their climate finance commitments. We will also prepare the next ASEM and Eastern Partnership summits “, announced the President of the European Council.

“On October 22 we will be back on the topic of migration, to follow up on the implementation of the June European Council conclusions on the external dimension of migration, in particular as regards financing. Our external borders must be effectively controlled. We should also support our efforts to reduce secondary movements “, continues Michel’s letter.

“We will then move on to digital transformation of Europe, which is a key driver for economic growth, job creation and competitiveness. We will provide further guidance on the digital agenda, including cybersecurity and connectivity, and give a political push to work on existing and future proposals and initiatives. I am confident that we will have a productive meeting, in a spirit of trust and dialogue. As demonstrated in the past, unity is our strongest asset, “concluded Michel.