More than a thousand detainees in the run.up to the great opposition march on Islamabad 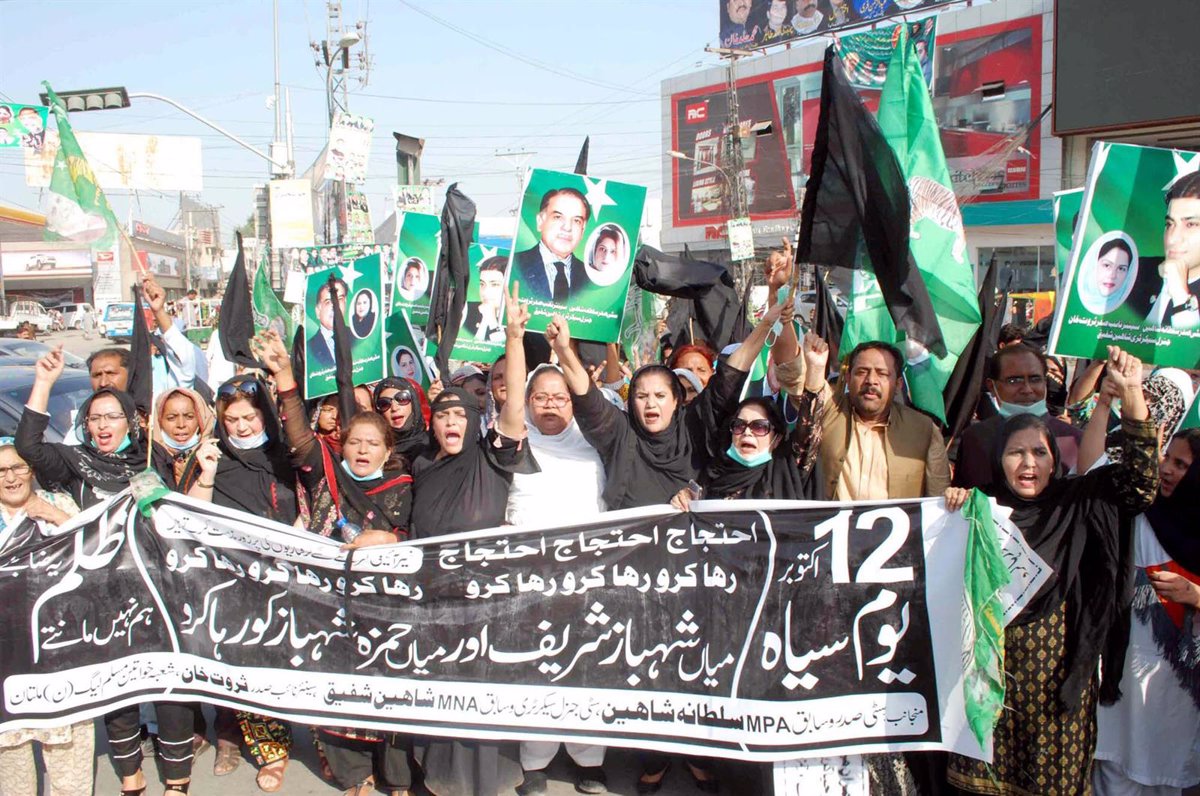 More than 1,000 people have been arrested in the last hours in Pakistan in the run-up to the great march promised by the opposition in the main cities of the country, starting with the capital, Islamabad.

Most of the detainees are sympathizers of the outlawed Islamist party Tehrik-i Labaik Pakistan (TLP), part of this new wave of national protests that, this time, are catalyzed by rising inflation, a new open front for the Government of Prime Minister Imran Jan, for months the target of the wrath of the Pakistani opposition, who considers him a puppet of the country’s powerful Army.

In addition to the outlawed TLP, supporters of other parties such as the Pakistan Muslim League – Nawaz (PML-N), former Prime Minister Nawaz Sharif, as well as the also Islamist Assembly of Islamic Clerics (Jamiat Ulema-e Islam) have taken to the streets. from Karachi, Larkana, Lahore, Sukkur, Mardan, Jacobabad, Mohmand, Ziarat, Mingora and other cities in the country.

Police sources have informed the newspaper ‘Dawn’ that the arrests have occurred in the 36 districts of the province of Punjab, to which the capital belongs, and 40 of them only in the city of Lahore.

“The economic situation of the country and its people will not improve unless we get rid of this tyrannical government,” declared the leader of the opposition in the National Assembly and president of the PML-N, Shahbaz Sharif.

Shahbaz has also asked the leaders of the Pakistan Democratic Movement party (the MDP, the “umbrella” coalition that brings together a large part of the opposition) to guarantee cooperation with civic and business organizations and popular associations. a call to the people to join the national protests against inflation.

The leader of the TLP, Pir Ajmal Qadri, has announced that the “peaceful march” would begin after Friday prayers and assured that “there is a plan B to thwart any official attempt to hinder” the protest, in comments collected by the GEO chain TV.

However, it has wanted to unlink the demonstration from the petitions to lead its jailed chief executive officer, Saad Husain Rizvi, detained in April after encouraging his followers to a march if the Government did not meet the April 20 deadline for the ban. of imports from France and the expulsion of the French ambassador due to the publication of controversial cartoons of the prophet Muhammad.

In an attempt to defuse the tension, Punjab Chief Minister Usman Buzdar has announced on his Twitter account the creation of a committee “made up of high-ranking members” to negotiate with the TLP. “We must all work together for peace and harmony in the country,” he added.