Report: Iranian and Lebanese experts were killed in an unusual explosion in Yemen 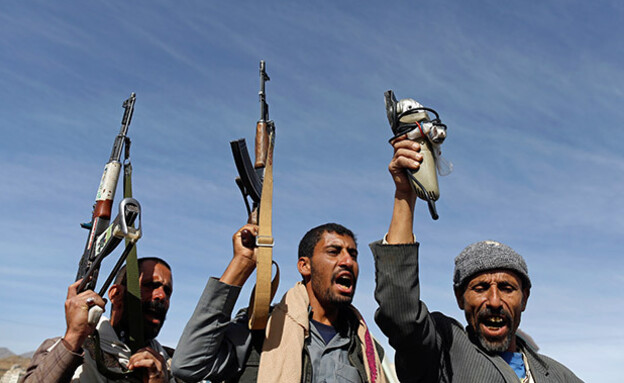 Report: At least six Iranian and Lebanese experts as well as dozens of Houthi fighters were killed this morning (Monday) in an unusual explosion that occurred at the al-Hafa base east of the capital city of Sana’a in Yemen. According to the report, in the Saudi networks Al-Arabiya and Al-Hadath, two explosions occurred, as a result of an accident during an attempt to assemble a ballistic missile.The report also shows that following the explosion of the missile, secondary explosions were caused, and weapons and ammunition stored at the base caught fire. This is a training base, which is apparently used by the Houthi rebels in the region, and where they apparently receive assistance and training from elements of the Quds Force of the Iranian Revolutionary Guards.

The Houthi rebels in Yemen tried to overshadow the case and hide the information about it. Because of this, access to the military facility was blocked.

Over the years, Iran has been equipping all its affiliates in the Middle East, including the Houthis in Yemen, and training and instructing them in its use. Later, the Iranians teach their affiliates how to manufacture the weapons and ammunition themselves – thus saving themselves the extensive process involved in smuggling it.

In this framework, the Houthis in Yemen, also known as “Ansar Allah”, also received ballistic missiles and suicide drones from Iran. While they are already able to actually produce the drones on Yemeni soil, they are still trying to develop and promote a production line for the missiles as well The ballistics.

Over the past few years, a bloody civil war has been going on in Yemen, mainly between the Houthis, supported by Iran, and the Arab coalition led by the Saudis. At the beginning of April, with the beginning of the month of Ramadan, both sides announced a self-initiated ceasefire. On Tuesday last week, Yemen announced the extension of the ceasefire for two more months.