Assistant Director Alec Baldwin: “The Gun is Safe to Use” 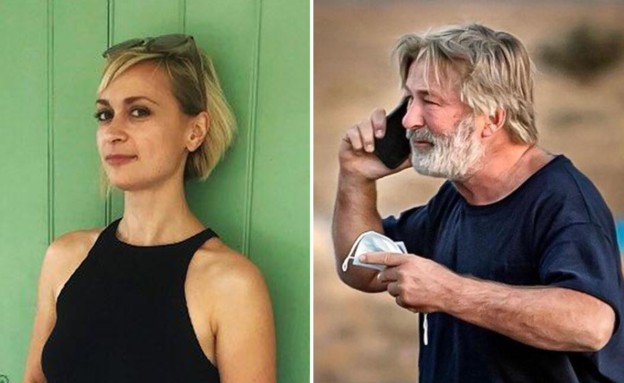 New details about the fatal accident in Hollywood: Minutes before the tragic incident in which photographer Halina Hatchins was killed on the set of the film “Rust” in New Mexico a few days ago, the assistant director handed the gun to actor Alec Baldwin, ahead of the filming of the scene. Assistant director Dave Hols brought the loaded gun to Baldwin and told him it was safe to use, shortly before the unexpected shooting.

Despite the words of assistant director Holes, who told Baldwin that it was a “cold gun,” the gun was loaded with live ammunition, and when Baldwin pulled the trigger as part of the filming, he shot dead Hatchins and wounded film director Joel Souza, who was behind it. Before the scene, the gun was taken from the “weapon” of the set on the set, which was the responsibility of Hannah Gutierrez. Holes reportedly took the gun from a cart in which all the weapons intended to be used for the Western filming were placed, in Santa Fe, New Mexico.

“Assistant director Dave Hols took the gun from the cart that was outside the wooden building where the filming took place,” said sources involved in the investigation. “He brought the gun to Baldwin, unaware that it contained live ammunition.”

It is still unclear how many shots were fired from the gun by Baldwin. Immediately after the incident Guttierez took the gun, unloaded it and left it in the field for the police officers who arrived shortly after. For the time being, it was not possible to obtain the reactions of Holes and Gutierrez to the tragic accident.

At this point, no serious charges have yet been filed against any of those present on the set, the local police said. A police spokesman made it clear that there was no suspicion against the actor shooting the Baldwin, and that he was allowed to go wherever he wished: “He is a completely free man.”

Baldwin tweeted: “Wondering what it’s like to kill a person by mistake”

Four years ago, in September 2017, actor Alec Baldwin tweeted a strange tweet, calling in a disturbing way to the tragic incident in which he shot to death Hatchins this week. In a strange coincidence, Hatchins wrote at the time: “I wonder what it feels like to kill another person by mistake.”

Baldwin wrote the remarks in response to a video posted in which police officer Eric Asperza was shot dead by 27-year-old Dillian Tavares. Baldwin’s tweet floated again this week after the tragic accident.

“Maybe now you can answer this question yourself,” one of the surfers wrote to Baldwin. The screenshot of the tweet, which was circulated on social media after the tweet itself was deleted by Baldwin – was particularly widely circulated. “I hope now a student to be a better person to other people who make mistakes in their lives,” another surfer wrote to Baldwin.

Hutchins’ husband: “There are no words to express how I feel”

“I don’t think I have words that can express how I feel about the situation,” Matthew Hatchins, the 38-year-old husband of photographer Lina Hatchins, said tonight. “I am not currently able to comment on the facts or the process we are going through now, but I very much appreciate that everyone expresses great sympathy.”

Hatchins added: “I think we will need some more time before we can treat her life with respect,” he added. The 42-year-old Hatchins left behind a husband and son, and was considered one of Hollywood’s most promising photographers.