Corona in the UK: A four-month morbidity record was broken 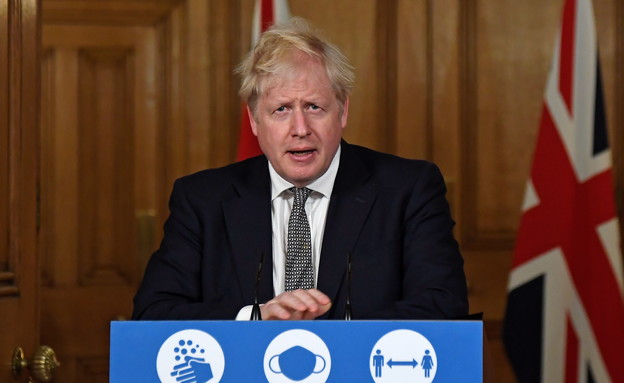 Photo: Reuters
Big concern in the UK: Despite the impressive vaccination campaign in the country, today (Thursday) a record of almost 4 months was recorded in the daily morbidity rate in Corona. In the last day, 11,007 new infections have been diagnosed in the British Kingdom – the most since 12,027 new infections were diagnosed on 19 February.The large jump in the daily morbidity rate in the UK is not accidental, and is a continuation of an alarming trend: 9,055 new infections were diagnosed there yesterday alone. In addition, hospitals in the kingdom are reporting a 43% increase in occupancy in the various corona wards over the past week. This joins a recent announcement by the British government that the removal of the Corona restrictions planned for the current week should be postponed for at least a month.

Just today, Professor Chris Whitty, who advises the British government on the Corona virus, expressed concern to the heads of the NHS (UK National Health Service). He said he was once again anticipating a widespread wave of morbidity ahead of the fall and winter months. He clarified that he estimates that the vaccination campaign in its current state will not be able to prevent the outbreak, combined with known diseases and winter viruses.

Since the beginning of the year, the UK government has been able to carry out a relatively large-scale vaccination campaign, with a much higher vaccination rate than most European countries and in general. To date, more than 42 million people have been vaccinated in at least one vaccine dose, out of a population of about 66 million people in total.

It will be recalled that in the United Kingdom, citizens were mainly given vaccines by the Astra-Zenika company, which are given in only one vaccine dose. Only a small number of UK residents received the vaccines developed by Pfizer, Moderna and Johnson & Johnson. Despite the extensive vaccination campaign, the new morbidity data are now raising many doubts and questions about the quality and reliability of the vaccines they have received.

The great apprehension on the British Isles indicates the possibility that the choice to vaccinate the vast majority of the population with the Astra-Zenica vaccine was a mistake. The first reason is the fact that from the very beginning the vaccine presented lower success rates than the other famous vaccines given around the world. The second reason for many concerns is the fact that it is given in one vaccine dose, which may prevent the body from succeeding and developing antibodies as effectively as with the other vaccines.

Severe morbidity figures from recent days obscure the Euro 2020 celebrations taking place in the UK as well as in other cities across the continent. Remember, Wembley Stadium in London hosts the English national team games during the tournament, and is designed to host the semi-finals and finals of the tournament in less than three weeks. Despite the festive atmosphere, it was decided to only partially populate the stadium – with out of 90,000 seats in total, only 12,000 tickets were sold for the games.