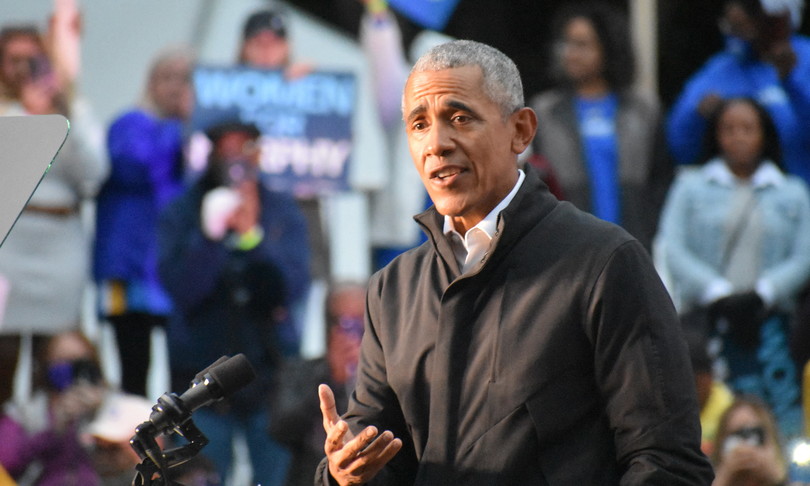 – Barack Obama accused Republicans of threatening democracy during a rally in Richmond, Virginia, where he went to support the candidacy for governor of Democrat Terry McAuliffe, 64, engaged in a head-to-head with Republican Glenn Youngkin, 54 years old. This vote is considered an important test of Joe Biden’s popularity.

In front of a few hundred enthusiastic young activists gathered at Virginia Commonwealth University in Richmond, the former President said Yougkin will cut professorships, reduce access to abortion and support Donald Trump’s demands that the elections presidential elections have been stolen.

“As far as I know, the main message from Terry’s opponent is that he’s a kid like everyone else because he wears a fleece. And he accuses schools of brainwashing our children,” he said. “He also said he wanted to have the voting machines used in the last ballot checked. (…) And should we believe he will defend our democracy?”.

Joe Biden won Virginia by 10 points in 2020 and Republicans have not won an election in that state since 2009, but Terry McAuliffe’s lead in the polls has dropped so much that candidates will play it to the last vote.

Obama, who remains the most popular Democrat in the United States five years after leaving the White House, wanted to galvanize African American voters, a key electorate in this southern state, particularly in the Richmond region where one of the most important symbols of the past country slaver, the statue of Confederate General Robert Lee was damaged a month ago.

“I’m here in Virginia because I think Virginia will eventually make the right choice,” he continued. “I think here in Virginia it will prove to the rest of the country and the world that we won’t indulge our worst instincts. We won’t go back to a past that was so bad.”