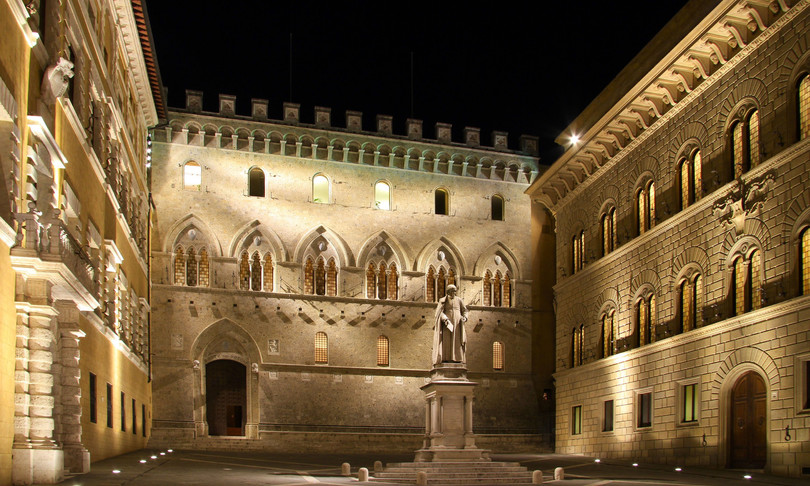 – The League sings victory, but the Democratic Party is also breathing a sigh of relief. Shortly after the ‘gong’ sounded at the negotiation between the Ministry of Economics and Unicredit, no one seems to regret the missed deal, although the future for the oldest bank in Italy remains hazy. Continuing with public management or immediately returning to the market are the two alternatives in front of which the parties are ready to confront each other.

For Letta there are now more options in the field

“Now, on the one hand, we need to have more time in our relationship with Europe and on the other hand have more options in the field. I believe there are possibilities to do that. From now on I am sure that there will be more options “, says Enrico Letta. Even though, adds the Pd secretary,” I have the impression that Unicredit was thinking of participating in a sale and instead the treasury minister was corrected, he had taken commitments to enhance the great wealth of experience and bond with the territory that is there. We are talking about the oldest bank brand in the world “.

And if the dem secretary does not tear his clothes, the Tuscan president of the Democratic Party, Eugenio Giani, rejoices: “Monte dei Paschi di Siena can do it, without having to be incorporated into another bank. Today we receive the positive news of the interruption of the Unicredit-Mef negotiation “, explains the governor who aspires to a Monte dei Paschi di Siena” that has the conditions to be able to mature a process, let’s say of continuity in the positive voices of its current management and consequently of to be able to look forward, perhaps with a capital increase, also a path that gives autonomy to the Monte, maintaining its role in Tuscany, but above all maintaining the brand and employment “.

However, he lashes out against the Democratic Party the League which attributes responsibility for the situation to the dem that was created in Siena: “What solution does Mr Letta, elected a few days ago in Siena, propose? Months, years, billions and jobs lost due to the Democratic Party”, is explained by the party led by Matteo Salvini.

Italia Viva is also alarmed, although Matteo Renzi’s party prefers to address the government: “Following the press release from the Ministry of Economy and Finance announcing the stop to negotiations with Unicredit for the sale of the stake in the Monte dei Paschi di Siena currently in the hands of the public sector, in line with the commitments made by Minister Daniele Franco at the hearing on 4 August last, we are requesting that the Minister of Economy and Finance, or the Director General of the Treasury, come promptly to report to committees Finances of the Chamber and Senate regarding the situation relating to MPS and its future prospects “, explain in a note Luigi Marattin, president of the VI Finance Commission of the Chamber, and Luciano D’Alfonso, president of the VI Finance and Treasury Commission of the Senate.

Like the secretary of the Democratic Party, too the 5 Star Movement is optimistic about the possibility of opening new negotiations in a short time for the sale of the bank: “Minister Franco asks the European Union for an extension and summons not just one, but the major Italian banks to find a way to preserve the brand and the future of workers”, explains Davide Zanichelli, a five-star member of the Finance Commission. A solution, however, underlines Zanichelli, “that does not have Unicredit as its first partner because embarrassments would be inevitable. An international embarrassment that Italy cannot afford”.

To show themselves definitely worried about the turn of the Mps affair is taking, however, the Undersecretary for Foreign Affairs Benedetto Della Vedova: “The failure of the Mef-UniCredit negotiations for Monte dei Paschi is not good news, even if it shows the will of the Government in seeking the best possible solution”. And, he adds Della Vedova: Those who cheered for the failure of the negotiation know perfectly well that the alternative cannot be to continue as it was with nationalized MPS, but a new market solution “.

I am of the opposite opinion the exponents of the left wing parties: “The failure of the Tesoro-UniCredit negotiation on Monte Paschi confirms what we have been saying for years: there is no market solution for the bank, but only the possibility of a decisive and definitive public intervention”, explains the national economic manager of the Italian Left Giovanni Paglia: “Now close the sale and orient MontePaschi to serve families and Pnrr”. On the same wavelength, Stefano Fassina, deputy from Leu: “Now, it is necessary and urgent to do what a very large majority of Parliament has long indicated, namely that the government communicates to the European Commission the postponement of the year-end deadline, foreseen in the ‘it was pre-Covid 2 and you are also considering alternative solutions to the privatization of MPS in connection with the Parliament “.