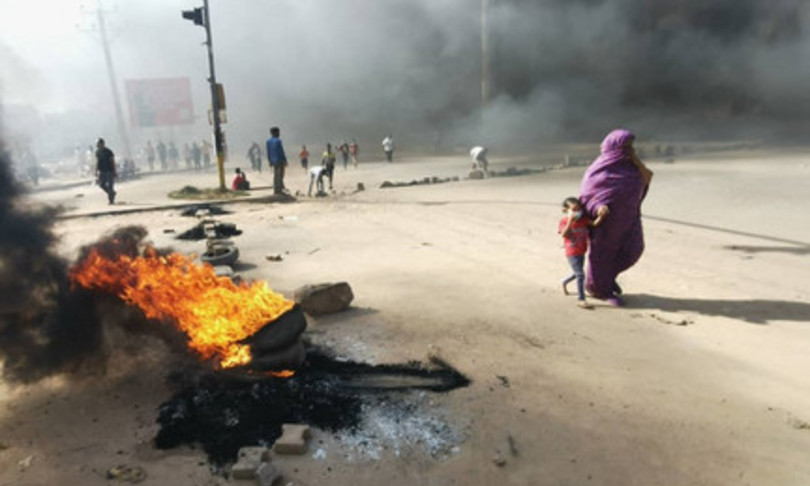 Sudan is in chaos after the arrest of some members of the government by the army. Prime Minister Abdallah Handok was also arrested: this was announced by the Ministry of Information confirming the news given by some media. After refusing to support the coup, the prime minister was taken to an unknown place, “the statement said.

The coup had been in the air for days

“In these last days we have all been waiting for this moment, the signs had been clear, there was a movement of groups linked to Minni Minnawi’s Jem and the Islamists, who had organized the courier to bring demonstrators in front of the headquarters of the Presidential Palace, in fact without finding obstacles from the army which is supported by these same groups “. This is the hot story of a source of InfoAfrica / Africa Magazine of what is happening in these hours in Khartoum.

The capital of Sudan woke up today with the military who arrested the premier Abdallah Hamdok and other government officials. “The situation is not yet clear – continues the same anonymous source for security reasons – it seems that Hamdok has been driven away from his residence, we expect an official statement from the army shortly. in the meantime the streets in the center are empty because the entrances to the city have been closed. And telephone and internet communications were also interrupted ”.

For days, the source continues, in addition to the demonstrations there were various personalities who expressed themselves in favor of the demonstrators and the army: “With hindsight it is clear that they were preparing the ground for what happened today. It was also increased crime in peripheral areas, in short, that feeling had been created that was needed to encourage a position by the military ”.

The interruption of the internet and telephone lines, according to this source, serve primarily a make a possible reaction of pro-democracy activists more difficult, a reaction that could take the form of street demonstrations.

General Fattah Al Burhan, president of the Sovereign Council of Sudan – the collective body (military and civilian) with the function of head of state in the political transition of the country – will give a speech to the nation in which it will probably declare a state of emergency. The news was reported by the Al-Arabiya broadcaster, adding that there is the likelihood that the Constitution will also be suspended, until the situation calms down. Al Burhan is considered by the prime minister’s collaborators to be the architect of the coup d’état taking place in Sudan.

The raid of the military on state TV

The military in Sudan broke into the state television and radio headquarters and arrested its employees. This was reported by the Minister of Information, against the backdrop of the coup d’état taking place in the country. “The joint military forces stormed the TV and radio headquarters in Omdurman and arrested a number of staff members,” the ministry said in a Facebook statement.

Flights from Khartoum International Airport have been suspended. The news was given by a source of the Civil Aviation Authority. The Flightradar24 global flight tracking service does not show flights departing from the airport. Internet monitoring site NetBlocks reported that Internet connectivity was “severely disrupted” today.

The army fires on anti-coup protesters

The Sudanese army opened fire on the demonstrators who took to the streets in Khartoum against the coup military in place in the country. This was reported by the Sudanese Ministry of Information, while medical sources said that at least 12 people were injured.

Numerous demonstrators stood gathering in the streets of the capital to protest the arrests, light bonfires and set up roadblocks. The demonstrations followed an appeal by the Sudan Professionals’ Association, a pro-democratic Sudanese political group that called on people to take to the streets to resist “the military coup”.

The military fired “live ammunition” at protesters near the army headquarters in central Khartoum, the ministry explained on Facebook. Access to the building has been blocked by concrete blocks for several days, as the tension between civilians and military grew.

A difficult time of transition

Sudan is undergoing a difficult transition marked by political divisions and power struggles since the ouster of President Omar al-Bashir in April 2019. Since August 2019, the country has been led by a civilian-military administration charged with overseeing the transition towards full civilian government.

For about ten days the protest against the transitional Sudanese government had been going on in Khartoum. The demonstrators, more and more numerous, had started a sit-in near the presidential palace, headquarters of the executive, demanding that the army take power. “We are ready to stay here even a month if necessary”, they warned a few days ago, explaining that they wanted “a military council, neither civilians nor others”. “One army, one people” was the main slogan. The country is marked by deep divisions between the factions in power following the ouster of President Omar al-Bashir in 2019.