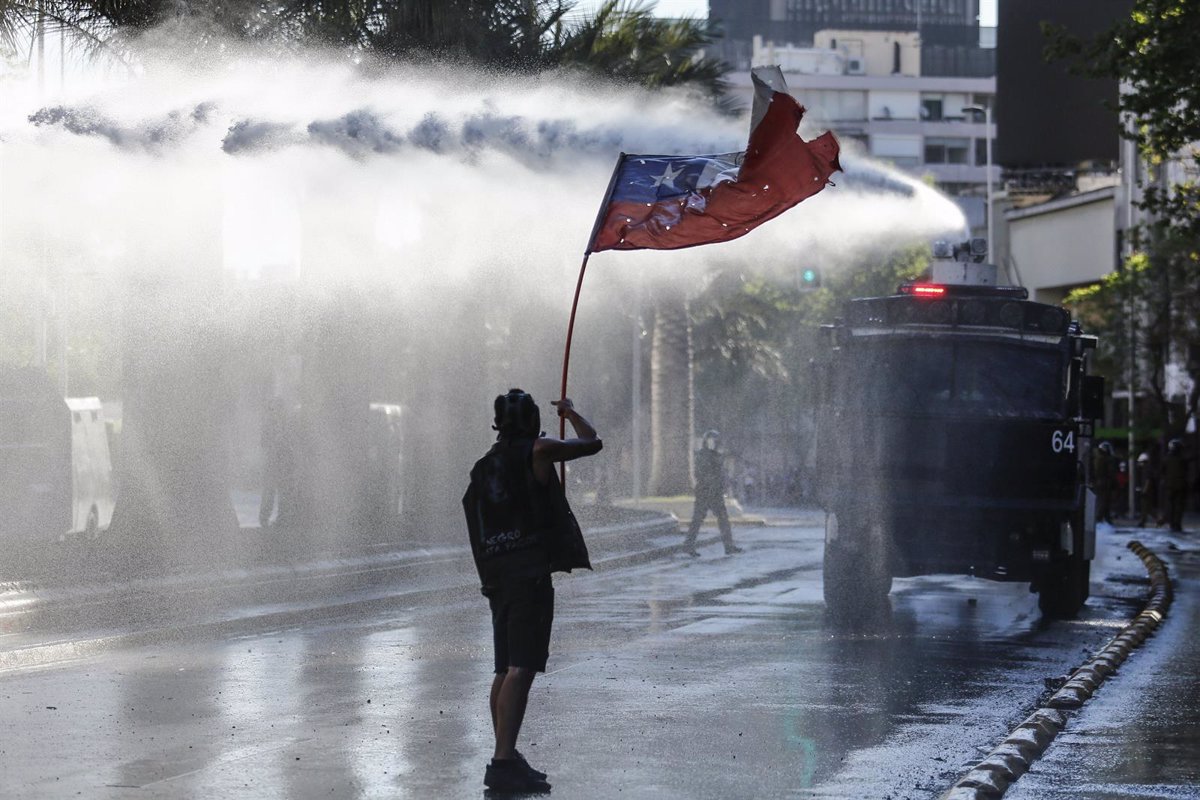 Two years after the social outbreak in Chile that denounced the precariousness of life and that led to the creation of a Constituent Assembly that is currently debating the drafting of a new Magna Carta, human rights violations continue to be recorded in the country and the results in Accountability matters remain “uncertain”, warns the United Nations.

While the Public Ministry has worked to “strengthen its capacities to address human rights violations,” progress “has been slow,” the representative for South America of the High Commissioner for Human Rights denounced in an interview with Europa Press. United Nations for Human Rights (OHCHR), Jan Jarab.

In this sense, “the delay in the judicial processes generates in the victims a feeling of helplessness”, while many “feel affected by the lack of express recognition by the State that human rights violations have been committed.” For example, Jarab has detailed, “the State has not offered public apologies to the victims.”

Precisely this Monday, the UN Human Rights office has published a report in which it regrets that “obstacles persist in the victims’ access to justice, reparation and guarantees of non-repetition, among other fundamental rights,” despite “the efforts of the State to incorporate the recommendations” that were made in 2019 after the outbreak.

This same document warns that, with respect to the police function, and although “there is a reduction in the use of riot control shotguns”, which caused hundreds of cases of ocular trauma in 2019, as well as “the ongoing update of several protocols that govern the use of force by the Carabineros “, there is still an” inappropriate use of tear cartridges and carts throwing water at people. ” Also, in some cases, Carabineros agents “have not provided assistance to injured people,” laments the UN.

In this context, Jarab has denounced that “several human rights violations documented at that time have continued to be recorded in these two years,” such as the excessive or arbitrary use of force, for example, against peaceful protesters or health brigade members, as well as such as “the tendency to disperse ‘unauthorized’ demonstrations”, something “contrary to international standards on peaceful assembly.”

Precisely in reference to the promised reform of the Carabineros, a police institution widely criticized for being behind the repression in the framework of the protests, although Jarab has admitted that it is “a long-term project”, the renovations implemented so far “They do not sufficiently incorporate the role that civil society, other powers of the State and autonomous organs of the State should have in supervising their work,” he lamented.

Likewise, he has called “alarming” the lack of recognition of the facts and acceptance of institutional responsibility for the human rights violations that occurred since October 2019. “If responsibility is not recognized, how can one move towards a profound reform that grants effective guarantees of non-repetition? “, he questioned.

In turn, the UN report highlighted this Monday that the use of preventive detention in cases of people accused of alleged crimes in the context of the demonstrations is “excessive”, while it identifies “problematic changes” regarding laws recently. approved.

Among them, he has pointed to the ‘Antibarricades Law’, adopted in 2020 and which allows to aggravate the penalties corresponding to crimes of alteration of public order, as well as a legislative proposal that assigns to the Armed Forces the protection of critical infrastructure and that could result in “the militarization of citizen security.”

“It is worrying that changes are being adopted or proposed that contravene international standards, such as the criminalization of protest and exemption from ex ante criminal responsibility for officials who use their weapons in various situations,” lamented the United Nations office.

On the other hand, the United Nations High Commissioner for Human Rights has confirmed in his report “harassment and violence” against health brigade members, Human Rights observers and journalists. “Although it may be uncomfortable for the authorities, the work of human rights defenders is essential and must be protected,” said Jarab.

A CONSTITUTION WITH HR AT THE CENTER

The convention, the result of a plebiscite that was called as a result of the clamor in the Chilean streets and in charge of drafting a renewed Constitution that will replace the one inherited from the dictator Augusto Pinochet, started the debate on the norms that will form the Magna Carta this week. pass.

In this sense, the formulation of a new Constitution “is a great opportunity to deepen the Human Rights commitments assumed by the State”, and although the decision corresponds to the citizens, Jarab has insisted that “Human Rights must be at the center of the constituent process “.

Some of the issues that should be given special attention include, among others, strengthening the dimension of economic, social and cultural rights, as well as the protection of the rights of indigenous peoples, especially in a “profoundly unequal” society where many people “see their economic, social and cultural rights affected”, and with an indigenous population to whom the State “has not offered measures that can overcome the historical and present injustice that they suffered and continue to suffer.”

“Furthermore, for the legitimacy of the new Constitution, the process itself and its inclusive nature is as important as its results,” concluded Jarab.

OHCHR, for its part, has saluted “the Constituent Convention, which stands out for its diversity and participation, being the first joint constituent process in the world”, and which in its role of drafting a new Constitution, “has the possibility of channeling the social demands presented in the social demonstrations and addressing the structural causes of the protests that started in 2019 “.