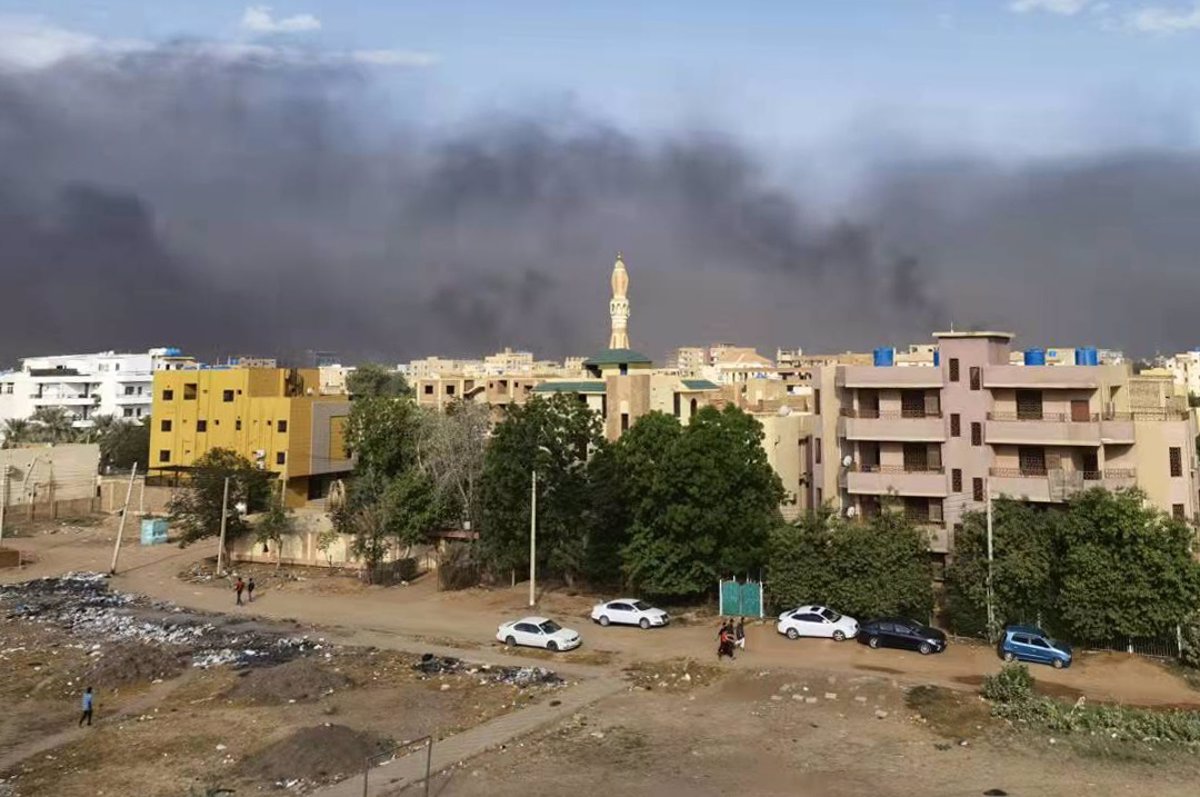 The US, the UN or the African Union call for the reinstatement of Hamdok, but other powers advocate “stability”

At least three people have died and more than 80 have been injured by the intervention of the security forces against the protesters who have taken to the streets to protest against the coup d’état perpetrated this Monday against Prime Minister Abdullah Hamdok, as reported the Central Committee of Doctors of Sudan (CCDS) in its last balance.

“The death of a third martyr has been confirmed by shots fired by the forces of the coup military council. Eternal glory to the martyrs and victory to our people who resist,” the CCDS reported in a statement posted on its Facebook page.

Previously, the CCDS had reported the death of “two rebels (…) after being shot by the forces of the coup military council. Doctors have counted that more than 80 are being treated and diagnosed,” the CCDS added. .

In addition, the CCDS has denounced that military personnel “prevent the personnel of the central blood bank from carrying out their work and preparing blood for the wounded.” “The methods of dictatorships are always the same and their destiny is the same and inevitable,” they have riveted.

The military has used firearms against protesters who have supported Hamdok’s call to “occupy the streets” to “defend the revolution” shortly before his arrest by the military in the midst of a new coup in the country. African.

The Information Ministry has also confirmed that “the military forces are firing live ammunition at the protesters who reject the military coup in Khartoum.”

Following his arrest, the president of the Sovereign Transitional Council of Sudan, Abdelfatá al Burhan, has announced the dissolution of this body and the transitional government, thus consummating the coup against Hamdok.

CIVIL REACTION TO THE COUP

The Ministry of Information has assured that “tens of thousands” of people have taken to the streets and have tried to reach the headquarters of the General Command of the Army.

In addition, the Ministry collects in another message that “the workers of the ministries and institutions of the federal and state public administration declare a strike and total and open civil disobedience in response to the military coup until power is handed over to civilians.”

The strike has been explicitly joined by the Union of State Tax Workers, the staff of the Central Bank of Sudan, or the health unions.

Previously, the CCDS had also announced an indefinite strike with the withdrawal of personnel from all hospitals except for emergencies, including military hospitals. “The people are stronger and betrayal is impossible,” they have riveted from the body.

The civil organizations, led by the Forces for Freedom and Change (FFC) coalition, support Hamdok’s call for civil disobedience against the coup led by Al Burham, which has suspended key articles of the Constitutional Document agreed in August of 2019.

The president of the Sovereign Transitional Council of Sudan, Abdelfatá “Al Burhan has brought the country back to the situation prior to the formation of the transitional government,” the group censured in a statement, in which he warned that ” he has made a fatal mistake that will lead him and his remains to the dustbin of history with no regrets. ”

Thus, the FFC have rejected the coup and have asked “the masses to take to the streets to preserve the revolution and continue the peaceful initiative that began in December 2018.

“We declare a state of integrated civil disobedience,” he warned, before specifying that it will be in force until a series of demands are met, such as the release of all ministers and members of the Sovereignty Council.

They have also requested the resignation of the Transitional Military Council, which they have also demanded to return to power to a civilian government. “The citizenship has fought and has sacrificed martyrs for it,” they added.

“Citizenship is the source of authority and only they have the right to delegate it to whoever they want. It is they who will determine who deserves this authorization,” they concluded.

“We ask the Sudanese from all over the world to go to the parliaments and foreign ministries of the countries in which they reside to demonstrate and press for non-recognition (of the coup) and reject it,” they added.

The Sudanese transitional authorities were established after an agreement between the previous military junta, which emerged after the 2019 coup against the autocrat Omar Hasan al Bashir, and various opposition civil organizations and political formations.

This government has initiated a battery of social and economic reforms and has reached a peace agreement with important rebel groups in Darfur and other areas of the country.

Organizations such as the UN, the African Union, the Arab League or the European Union have condemned the coup, while countries around Sudan such as Egypt, still very influential in the neighboring country, have called for “containment” and to “stability and security”.

“I am deeply concerned about reports of an ongoing coup and attempts to undermine the political transition in Sudan,” said UN Special Representative for Sudan, Volker Perthes.

“All parties must immediately return to dialogue and act in good faith to restore constitutional order,” Perthes added in his message, published through his account on the social network Twitter.

Hours later, the UN Secretary General, António Guterres, has condemned “the military coup underway in Sudan.” “Prime Minister Hamdok and the rest of the officials must be released immediately,” he added via Twitter.

The Secretary General of the Arab League, Ahmed Abul Gheit, has joined the reactions, who has also shown his “deep concern” about the situation in Sudan and has asked the parties to “fully abide by the Constitutional Document” signed in August of 2019.

For his part, the president of the African Union (AU) Commission, Moussa Faki Mahamat, has shown his “deep consternation” at the “serious events” in Sudan and has asked “to immediately resume the agreements between civilians and the military. within the framework of the political declaration and the constitutional decree “.

The United States has also condemned the coup, which has expressed its “deep alarm” at the coup and has called for the “immediate release” of Hamdok.

Instead, the Egyptian government has called for “containment” and advocated for “stability and security.” “Egypt calls for responsibility and restraint from all parties to prioritize the interests of the country and the national consensus,” Cairo said in a statement published by the Ministry of Foreign Affairs.

For its part, Russia has indicated that the coup “is the natural result of the failed policy that has been applied in the last two years.” The transitional government, as well as its foreign sponsors and consultants, “ignored the desperation and plight of the vast majority of the Sudanese population.”

“The great foreign interference in the internal affairs of the republic led in practice to the loss of confidence of the citizens of Sudan in the transitional authorities, which repeatedly led to numerous protests and caused general instability in the country, including the isolation of some of its regions, “adds Moscow.