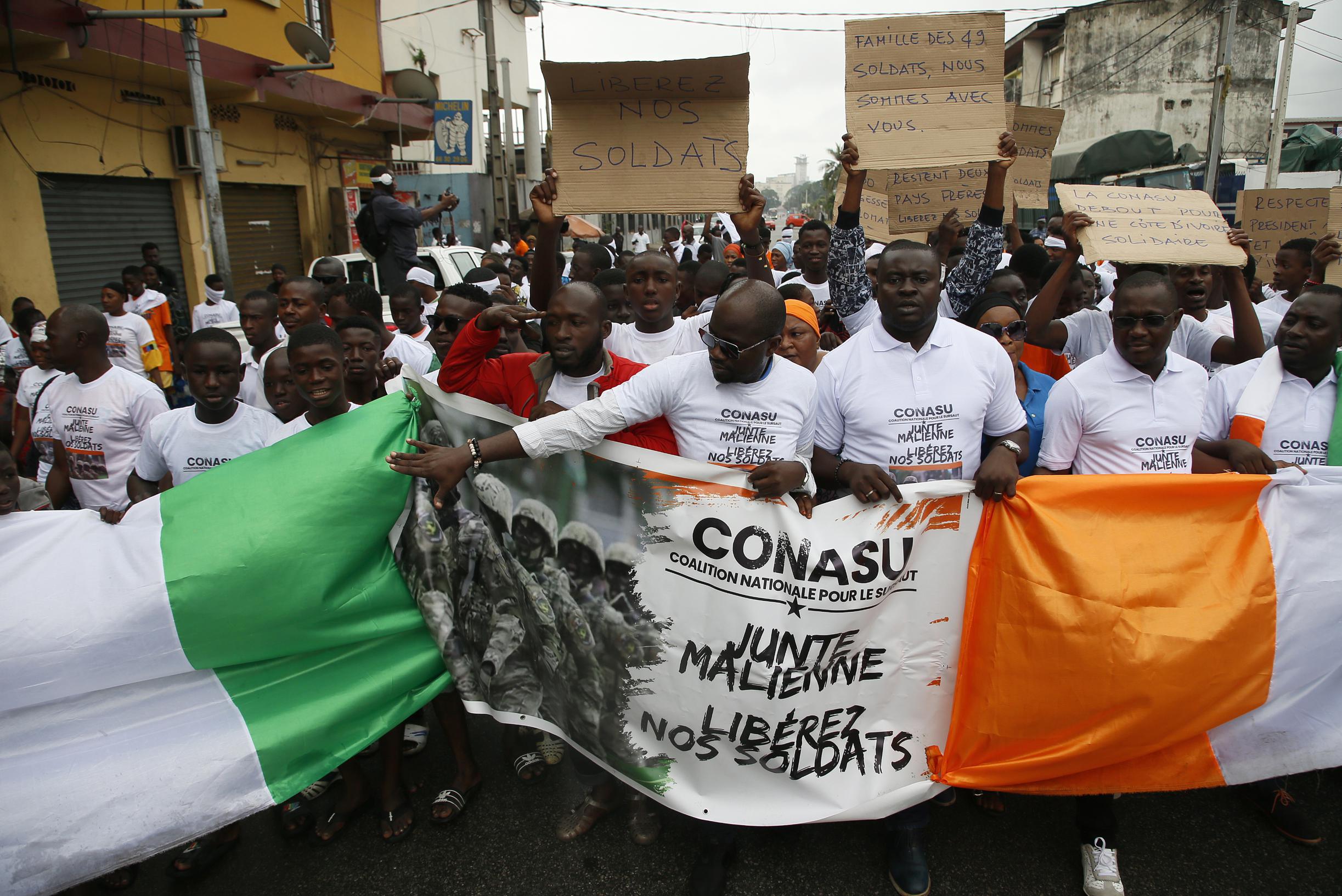 The 49 Ivorian soldiers who have been detained in Mali for more than a month have been charged with “attempted attack on state security”. This is reported by the French news agency AFP, based on sources at the court.

According to Côte d’Ivoire, the soldiers came to Mali on July 10 for a UN mission. They were arrested upon their arrival. The Malian junta believes they are “mercenaries”. The Ivorian authorities demand their release. Negotiations at the end of July, with Togolese mediation, did not yield a solution.

Mali accused Côte d’Ivoire of urging its West African partners to tighten sanctions against the Malian coup plotters. Those sanctions were eventually lifted in early July.