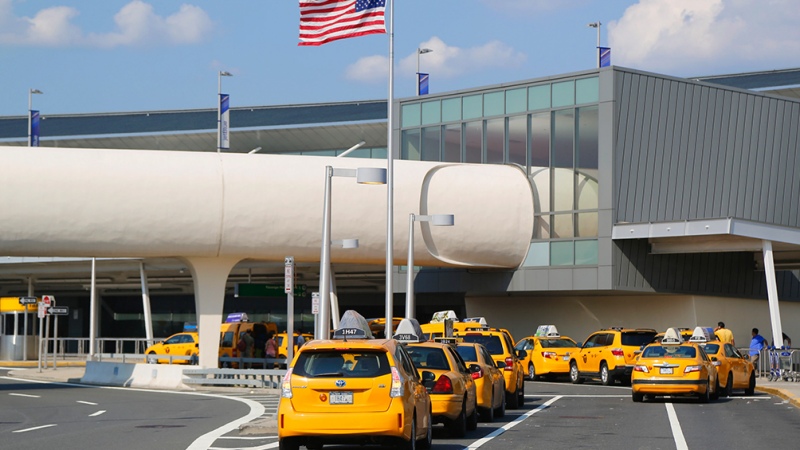 The measure will take effect from November 8. Photo: Archive

The Children under 18 will not need a coronavirus vaccination certificate to enter the United States after November 8, when will a more lax regulation of entry to the country established by President Joe Biden begin to apply, the Government reported this Monday.

The exemption takes into account regulatory differences over childhood immunizations and the availability of vaccines between countries, a senior White House official said during a conference call to clarify modalities for reopening the borders for air travel.

The United States will reopen its borders to foreign visitors with full vaccination on November 8, more than 18 months after closing them to much of the world to stop the spread of the disease.

But the borders will in fact be closed for many Latin Americans with less access to injection in their countries and who until now traveled as tourists to the United States to get immunized.

However, health authorities will allow some “very limited” exceptions to this obligation, said this official, the AFP news agency reported.

In addition to children, certain participants in clinical trials of vaccines, people with medical contraindications to inoculation, travelers traveling for urgent or humanitarian reasons and people arriving from countries where the remedy is difficult to obtain, will be exempted, according to a document distributed by the Executive.

Children older than two years not vaccinated should have an antigen test or PCR within three days of departure if traveling with inoculated adults, and the term is reduced to one day if they do it alone or with adults not injected, adds the document.

Foreigners must take a test to enter the US. Photo: Archive

In general, any foreigner must do this test within three days before leaving if they are vaccinated, or on the day before departure if they are not.

The same requirements will apply to US citizens and permanent residents returning to the country.

According to the White House, it will be up to the airlines to verify proof of vaccination before boarding.

The United States reported that all vaccines approved by the FDA drug agency, and the World Health Organization (WHO), including those from AstraZeneca, Johnson & Johnson, Moderna, Pfizer / BioNTech, Sinopharm and Sinovac, will be accepted.

Different combinations of vaccines will also be allowed for the first dose and boosters.

This excludes travelers immunized with the Russian Sputnik V vaccine and the Chinese CanSino vaccine for now., not yet licensed by the FDA or the WHO, but were successfully applied in many Latin American countries, including Argentina and Mexico.

The United States also requires airlines to collect information from travelers that allows health authorities to locate them after entering the country in case of infection or contact with an infected person.