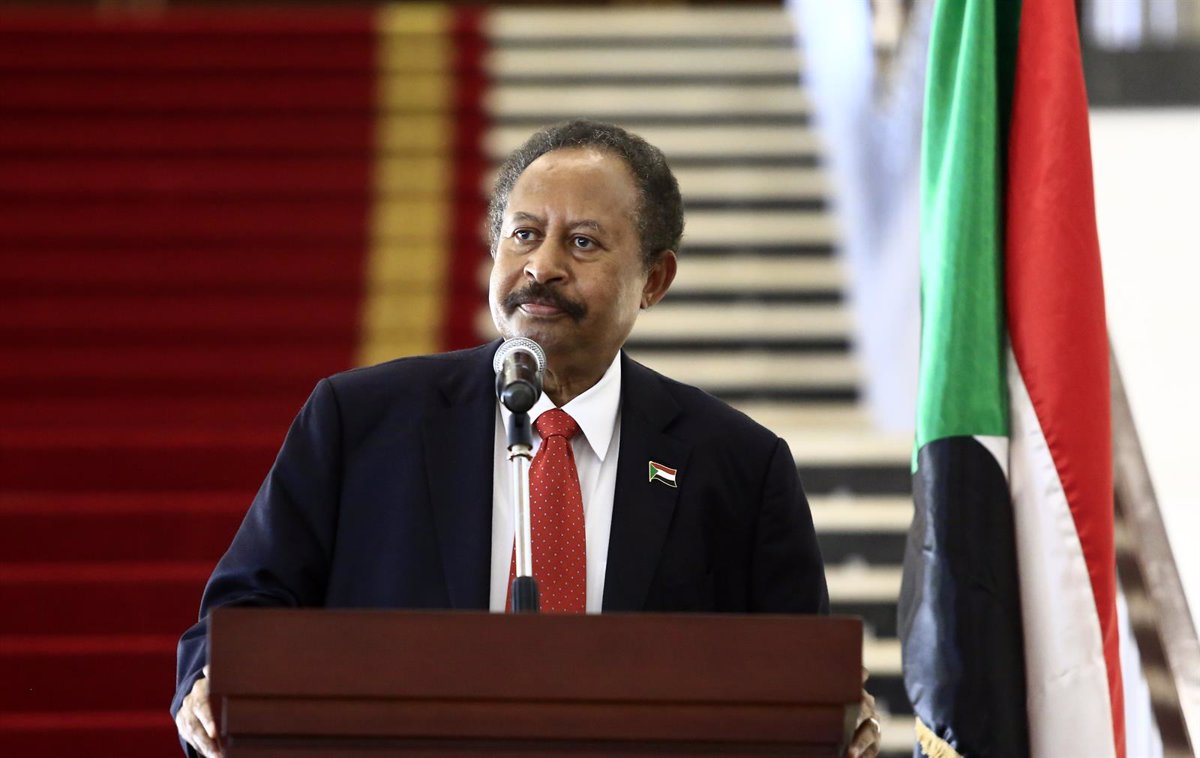 The Prime Minister of Sudan, Abdullah Hamdok, has returned to his home this Tuesday, after having remained in the last hours as a “guest” at the house of Abdelfatá al Burhan, the leader of the coup d’état perpetrated on Monday.

Hamdok has returned to his home in the Kafouri neighborhood of Khartoum, the capital, under “a heavy military deployment,” according to the Sudanese newspaper ‘Al Sudani’. The news has in turn been confirmed by several television networks, such as the Emirati Al Arabiya, citing Army sources.

Hours earlier, Al Burhan, president of the Sovereign Council of Sudan, assured that Hamdok was at his home and that he would only return to his when things had calmed down. “He is in my house to protect him from the restrictions that have been imposed on him by political forces,” he said.

The prime minister was arrested on Monday after refusing to support the coup and after his home was surrounded by the military, after which the government denounced his “kidnapping” and revealed that Hamdok had asked the population to “occupy the streets” to “defend the revolution”.

Al Burhan, who has given a press conference to address the political situation in the African country, has defended his decision to dissolve the Sovereign Transitional Council and the Executive and has denounced that the political forces “wanted to monopolize” the transition, after several weeks of tensions and accusations between civilians and the military.

The protests that have taken place since the coup have resulted in at least seven deaths, while officials and doctors have started a strike and a civil organization has revealed a schedule of demonstrations for the next few days with the aim of demanding that the Army deliver the can.

Sudan was the scene in mid-September of an attempted coup, according to the transition authorities, by a group of Armed Forces officers allegedly linked to Omar Hasan al-Bashir.

The transitional authorities were established after an agreement between the previous military junta, which emerged after the 2019 coup, and various civil organizations and opposition political formations. This Government has initiated a battery of social and economic reforms and has reached a peace agreement with important rebel groups in Darfur and other areas of the country.

However, the September attempt led to an exchange of criticism and accusations between the civilian and military elements that has deepened the political crisis, including requests by Al Burhan to dissolve the Government, which have led to confrontational demonstrations in recent days. in favor of the transitional authorities and the Army.