“ISIS and al.Qaeda could harm US in a few months” 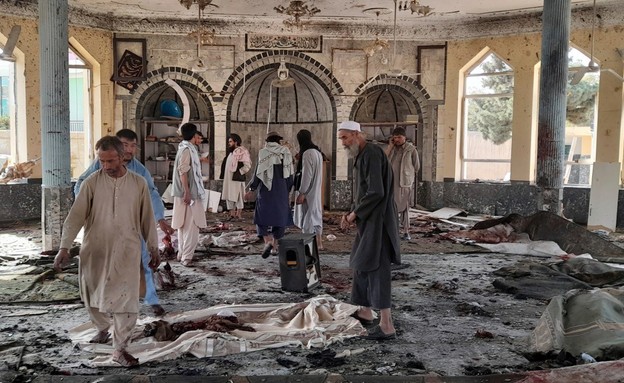 “ISIS in Afghanistan could attack US next year”: Pentagon officials continue to publicly express concerns about the possibility of global terrorist organizations returning to threaten the United States, following the withdrawal from Afghanistan in August. (ISIS affiliate in Afghanistan) to attack US soil. He made the remarks during a special congressional hearing.

“The intelligence community now estimates that ISIS Khursan and al-Qaeda have the intention to carry out operations around the world, including those against the United States, but now they do not have the capacity to do so,” Kahl said at the hearing. 12-6 months he will definitely be eligible to do so. ”

In testimony before the Senate Security Services Committee, Kahel made it clear that it was still unclear whether the Taliban had the ability to fight ISIS Khursan after the US withdrawal in late August. The uprising of these terrorist organizations, and now the almost exclusive responsibility for it remains in the hands of the Taliban, the new landlord.Kahl estimated that ISIS’s force in Afghanistan now numbers several thousand fighters.

“Our assessment is that the Taliban and ISIS Khursan are bitter enemies, so it can be estimated that the Taliban will be highly motivated to fight them,” Kahal said. Since the US withdrawal, the Taliban has carried out several extensive military moves to complete its conquests in the country, including several battles against the ISIS affiliate.

Amir Khan Motaki, the new foreign minister in the Taliban government in Afghanistan, recently said that the Taliban would severely harm ISIS members. He made it clear unequivocally that his country would not become the basis for attacks against other countries around the world. As a reminder, the main reason for the US invasion of Afghanistan in 2001, which was also then controlled by the Taliban, was the sponsorship given by the organization in Afghanistan to al-Qaeda-led organization Osama bin Laden after the 9/11 attacks.

Despite the extensive fighting efforts and severe damage inflicted by the Taliban on ISIS in Afghanistan, the murderous terrorist organization manages to inflict great terror on the country, the day after the American forces. During the last days of the US withdrawal from Afghanistan, ISIS carried out a suicide bombing at the Hamid Karzai airport in Kabul, which killed about 70 people, including 13 American soldiers. In addition, ISIS carried out several attacks against Shiite mosques in the country, including an attack In the city of Condoz which resulted in the death of 46 and a terrorist attack in the city of Kandahar which resulted in the death of 32.

With the withdrawal of the U.S. military from Afghanistan, President Joe Biden made it clear that monitoring of the development of terrorist organizations in Afghanistan would continue, and that the U.S. had the ability to continue to attack them without military forces on state soil. In recent weeks it has been reported that Washington is close to reaching agreements with the Pakistani government on the right to act in its airspace against terrorist targets in Afghanistan – a news that has been unequivocally denied by the government in Islamabad.

As early as two months ago, CIA Deputy Director-General David Cohen estimated at an intelligence and national security conference in Washington that al-Qaeda or other extremist elements such as ISIS-Khursan would be able to launch attacks against the United States from Afghanistan within 24-12 months. The Defense Intelligence Agency, Scott Brier, noted at the conference that “the current assessment, which is apparently conservative, is that al-Qaeda will build within a year to two years a certain capability that will at least allow it to threaten the homeland.”