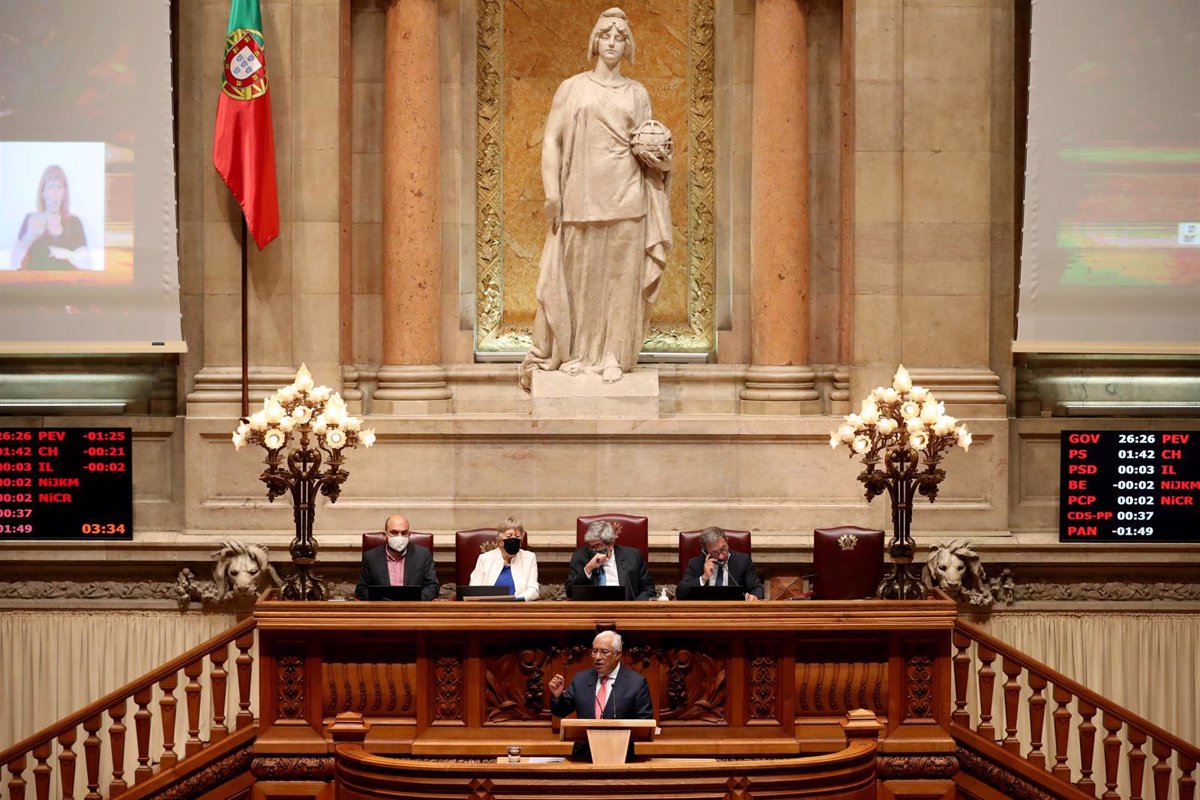 The parliamentary rejection of the general budgets leads Portugal to new elections in which, in principle, the Socialist Party (PS) of António Costa will reissue victory. It will do so, according to the polls, below the absolute majority to which the prime minister aspires and in a scenario in which the extreme right can be the great beneficiary.

Costa came to power after the 2015 elections, despite the fact that his formation had obtained fewer votes than for the then ruling Conservative Social Democratic Party (PDS). He did it at the head of what has been popularly known as ‘gerigonça’, a left-wing alliance together with the Left Bloc and the Communist Party (PCP).

Four years later, the Socialists did achieve victory, although the lack of an absolute majority forced them to depend on partners outside the Government, again on the left flank of the Assembly of the Republic. Until Wednesday, the BE and the PCP considered that they had to say ‘no’ to the budgets.

In the absence of the president, the conservative Marcelo Rebelo de Sousa, taking the step of dissolving the Chamber and calling elections –in principle after the Council of State meeting on November 3–, Costa has already made it clear that he does not he plans to resign in the coming weeks and that he is ready to lead the PS again in elections that, at the earliest, would take place in January.

The prime minister wants “a reinforced majority”, which would increase the current 108 deputies and even reach the 116 that would grant him an absolute majority. In the current legislature, the PS had been supporting the 19 of the BE and the ten of the PCP, in the face of an opposition that could not offer any kind of political alternative.

The polls published in recent months by the Portuguese media, however, place the PS in a range of voting intention similar to that of 2019, when it achieved 39 percent of the vote. The last tangible trial, the local elections in September, kept the Socialists slightly below this percentage, although they left some signs of wear and tear such as the loss of the Lisbon mayor’s office, which Costa himself held in 2007 and 2015.

The PSD obtained in those municipal elections around 20 percent of the votes and it is not clear that it can reverse the poor results of the 2019 elections, when it fell below 28 percent. Weighed down by internal debates around Rui Rio’s leadership, it would once again remain below 30 percent, according to all recently published polls.

The Left Bloc of Catarina Marins obtained the third place in the last legislative elections and, in the event of an electoral advance, it could lose up to four points. It would be overtaken by the Communists, which the polls do place with an upward trend or, at least, with a better result than 6.3 percent in 2019.

The experts do agree that La Chega! (Enough !, in Spanish) will go from being the anecdote to having more and more weight. If in the last legislative elections it obtained slightly more than 1 percent of the votes and a single seat – that of its leader, André Ventura -, this time it aspires not only to rise but to become the third political force in the Assembly of the Republic, only behind the PS and the PSP.