A third Chinese city in lockdown after a case of coronavirus 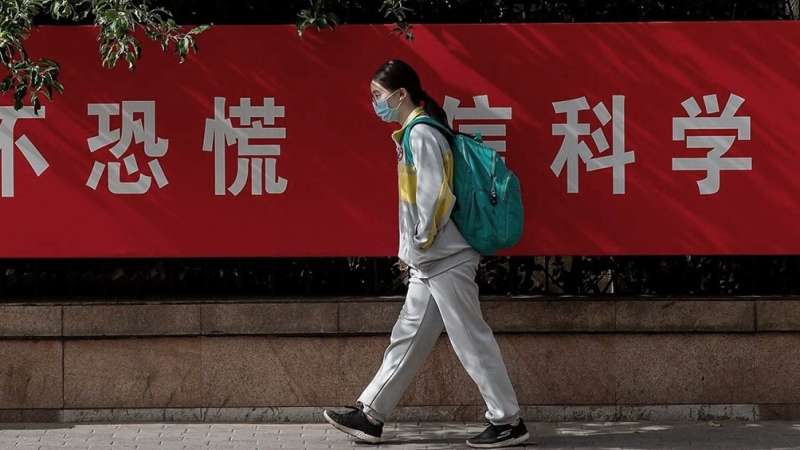 China confided this Thursday to the inhabitants of the city of Heihe after the appearance of a single case of coronavirus, in the middle of a strict control strategy to prevent infections from spreading when there are less than 100 days until the start of the Beijing Winter Olympics.

Heihe, on the border with Russia, is the third city to be confined, after two days ago a similar decision was made in the large city of Lanzhou, with 4 million inhabitants, and last Wednesday in the commune of Ejin.

China, where the coronavirus first appeared in late 2019, has largely controlled the health situation since spring 2020 with the adoption of drastic measures, including the closure of borders and strict confinements in towns or even cities.

The country faces very limited sporadic outbreaks, such as the one that spreads since last week in north China. At least 11 provinces have been affected, of the thirty that the Asian giant has.

Heihe, located across from the Russian city of Blagovechchensk, began testing for coronavirus its 1.6 million inhabitants. Public transportation is suspended and no vehicle can leave the city, the AFP news agency reported.

This Thursday, 23 new cases of infection were reported throughout the country, half of the previous day.

The Chinese capital is preparing to host the Winter Olympics in February under high health surveillance.

Athletes must have been vaccinated or observed a 21-day quarantine upon arrival on Chinese soil.

Only people residing in China will be able to attend the tests.