General Millie: Concerned about the Chinese missile, fear of an arms race 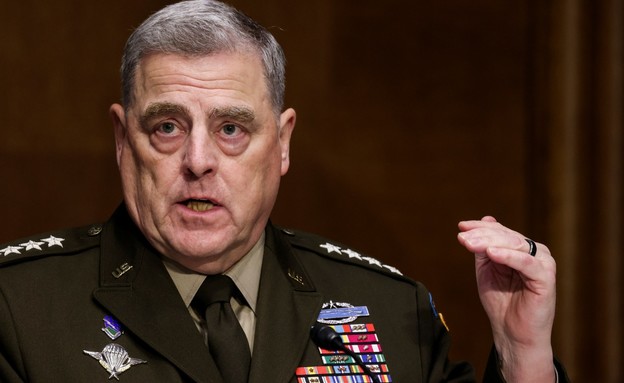 “It was a very disturbing moment”: The chairman of the Joint Chiefs of Staff, General Mark Millie, spoke at length yesterday (Wednesday) about the launch of China’s hyper-Sony missile, which was reported about a week and a half ago, in a special interview with the American Bloomberg network. “Sputnik 1” in 1957 – which was a turning point in the Cold War and launched an inter-power race to occupy space.

“I do not know if it was equivalent to ‘Sputnik moment,'” General Millie said, “but I think it was very close to that.” He further said that he felt that this was an event “very technologically important, which diverted all our attention and attention”.

The Financial Times reported on the launch of the missile, which took place in August, and reportedly led to a major surprise among senior U.S. intelligence and defense officials. Extensive progress has been made in the development of supersonic weapons – and especially at a much more advanced level than those of the American intelligence community. The experiment has drawn much criticism over the question of why the US continues to underestimate the process of military development that China has been going through in recent years. “We have no idea how they did it,” a senior intelligence official said.

Reports of the launch of China’s special supersonic missile have reinforced for many the “Cold War threshold” on which the United States and China stand. Sputnik 1 was the first artificial satellite launched so far, and scared the Americans that they were lagging behind the Soviet Union in the race to occupy space. This launch led former President John F. Kennedy to declare that the United States would be the first country to land humans. On the moon – a goal achieved a little over a decade later.

There are now growing fears that the launch of China’s hyper-Sony missile will lead to an increase in the advanced arms race between the powers. Hyper-Sony weapons are a capability reserved for the United States, Russia and China only. The missiles are equipped with equipment that allows them to “glide” after launch into space using a special missile, and then they can orbit the Earth at a momentum lower than their momentum. But are considered slower than ballistic missiles.

The big concern in the American defense community is because of the fact that this type of missile could threaten the United States from the South Pole. “We just do not know how to defend ourselves against this technology,” said Robert Wood, the U.S. representative at the military control headquarters in Geneva, Switzerland, who will retire in a few weeks.