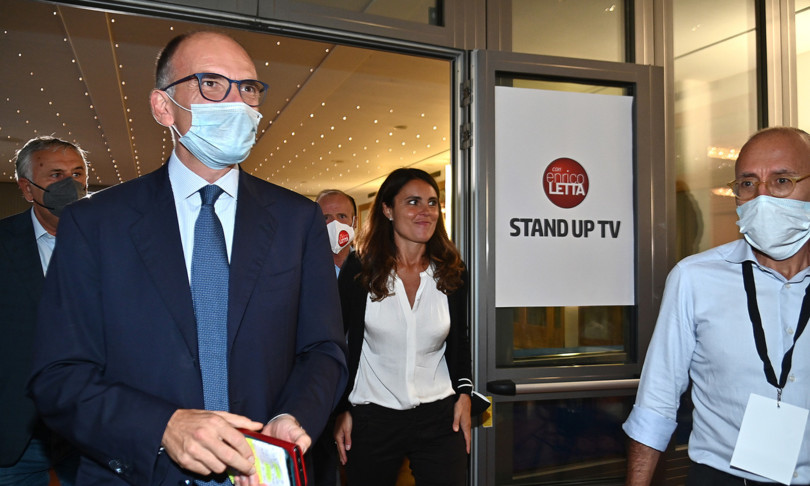 The rags fly on the day after the Senate vote who put a tombstone on the Zan bill, the bill against homotransphobia approved by the House but which will never see the light.

If the center-right rejoices for what it considers a victory and raises with the request to start the process of its text presented at Palazzo Madama, as proposed by Matteo Salvini and the blue Licia Ronzulli, it is instead open war in the former Giallorossi majority.

The Democratic Party returns to point the finger at the “coarse reaction” of the Renzians, guilty to say of the secretary dem Enrico Letta of having contributed to burying the law (“Iv has something to hide if she reacts by attacking us”).

But Letta goes further and comes to decree the end of the relationship with former party comrades: “Yesterday there was a break in trust across the board with Italy alive”, his words. The dem leader has no doubts that a very different game has actually been played in the Senate, that is, “the general rehearsals of the games for the Quirinale or political alliances” were held. Finally, the former prime minister says he is ready to support the collection of signatures for a popular initiative law against homophobia.

Matteo Renzi collects but certainly does not remain silent to watch and in a video on social media he sends the accusations back to the sender, reconstructing his version of the facts. Starting from afar, since before the summer he had “warned of the risk that there were no numbers in the Senate and an agreement had to be sought”.

But, it is still the reasoning of the leader IV, Pd and M5s have “preferred to point flags and because of them the Zan law has been sunk”. Renzi then denounces the incitement to violence (“I am also receiving death threats”, he reveals) and counterattacks: “Letta had announced that he would open” to changes but then “Pd and M5s preferred a wall against wall, a political suicide “.

Finally, the former prime minister invites dem and pentastellatui to look for the snipers in their home: “Take your responsibility, you have killed the Zan bill. 23 votes difference means that there were at least 40 snipers”.

The replication of M5s and Pd lasts. “Renzi? I didn’t see him in the classroom”, is the first stiletto of the parent company 5 stars in Palazzo Madama, Ettore Licheri.

Who continues the thrust: “But now Bin Salman’s friend will spare us his political lessons. If he had been able to attend the classroom proceedings from Saudi Arabia, yesterday he would have seen that the Zan law was supported by the M5s with determination and loyalty. The gossip is zero: the parliamentary documents say that if Iv had kept firm the position previously taken in the House, there would have been no right able to prevent its approval in the Senate “.

No less critical the reply dem: “For us it is not new, Mattheus Renzi once again gave a demonstration of what he is“, affirms Francesco Boccia.” On the other hand, what to expect from someone who, on the day when a measure such as the Zan bill is voted on, flies to Riyadh? “, he asks rhetorically.

But the Pd-M5s front is not compact and the waters remain agitated even within the former Giallorossi.

“The entire management of the affair, from May to now, has certainly been a failure”, is the criticism of the former parent company dem Andrea Marcucci. “Franchi shooters? Look for them in the M5s, a parliamentary group that is experiencing a difficult transition”, is the conviction of the dem Dario Stefano.

On the opposite side, Salvini explains that “it is possible to start immediately from the text of the center-right which does not involve children, does not jeopardize educational freedom in schools, does not introduce gender theory and does not limit freedom of expression.

The common goal is to punish those who discriminate, hate and insult “. Observes the Northern League leader:” The wall against wall wanted by Letta has not paid off “.

E Giorgia Meloni adds to the dose: “The Zan bill drowned him on the left. If the non-admissibility passed, it is because a part of the left did not vote in the secret ballot, a part of M5s and IV, period “.