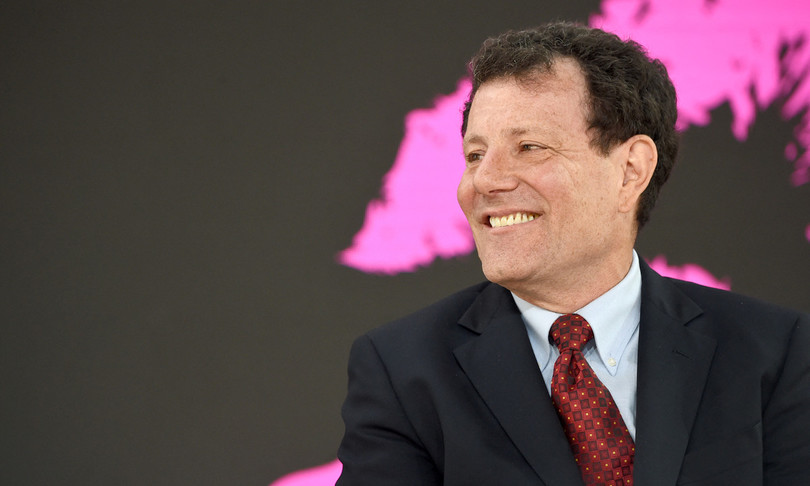 – For 37 years, a New York Times journalist, winner of two Pulitzer Prizes, Nicholas Kristof has announced his farewell to print media and a much-loved profession to run for the dem governor of Oregon.

In an editorial entitled ‘Because I leave the Times is a job I love’, Kristof tells how Oregon welcomed his father, an Armenian refugee, in 1952 and gave him and his son “a great education and a great opportunity.”

“An opportunity that, however, is wearing out”, the reporter underlined, emphasizing “drugs, alcohol and suicides” which took away “over a third of the children who took the 6 school bus” with him in the his hometown, Yamhill.

“And there are school buses like that all over the state, along with problems with those without homes, education and more.” “I know we can do better,” said Kristof.

“This is my last column for The Times,” Nicholas Kristof writes. “I am giving up a job I love to run for governor of Oregon.” He shares his lessons from 37 years at the newspaper as a reporter, editor and columnist. https://t.co/XHAyP6oHve

“I chose to be a journalist to try to make a difference and I think that together, you and I, we did it “, he continued, thanking the colleagues and the management who have alternated at the helm of the NYT in these decades that” have repeatedly saved me. The Times has always been ready to lose money and take risks when I wanted to travel to dangerous areas of Yemen, South Sudan or Myanmar. “

Similarly, there are “unfinished jobs,” he added, looking at the US withdrawal from Afghanistan or the case of Kevin Cooper, an African American on death row, unfairly according to Kristof. “I believe a new investigation from my articles will acquit him and he will be released soon after 38 years. I would love to be out of San Quentin with my reporter’s notebook and write about his release.”

“It is difficult to leave a job that I love and readers I care about – concluded the journalist – But as the great philosopher Winnie the Pooh observed, ‘How lucky I am to have something that makes saying goodbye so difficult.’ a call to try to deal with the problems in my beloved home state, so I’m leaving. ”

In his last “Farewell to the readers, with hope”, the correspondent for 37 years around the world covering the worst atrocities, reports “some lessons learned as a reporter and columnist”. First of all, “alongside the worst humanity, there is the best”, an example, is the genocide in Darfur and the people met there; number two, “We largely know how to increase well-being at home and abroad. What we lack is political will.”

Three, “talent is universal, even if the opportunities are not”, and among the anecdotes there is the story of the illiterate woman in Ethiopia who became a famous doctor in her field, but also the very young Nigerian homeless who became champion of chess.

Kristof noted how “we are often cynical about politics and the idea that democratic leaders make a difference”, but after covering up democratic riots around the world, such as Tiananmen Square, “it saddens me even more to see people in this country undermine our democratic institutions “; at the same time, those protesters “made me wonder if I should be more involved in American democratic life.”

Hence, the decision to reject “the journalistic impulse to remain on the sidelines because my heart is aching” and “it seems to me the right time to move from covering the problems to trying to solve them”.

“I hope to convince some of you – concluded Kristof – that to put oneself at the service of public administration in government it can be a path to show responsibility towards the communities we love and a country that can do better. Even if it means leaving a job I love. “